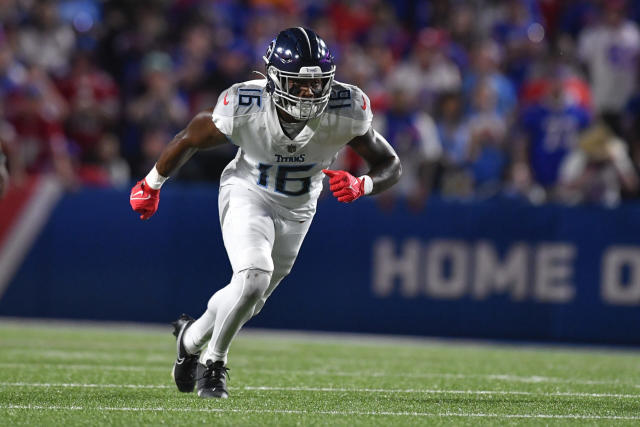 NASHVILLE, Tenn. — The Tennessee Titans have activated wide receiver Treylon Burks from injured reserve, and the rookie will make his return against the Denver Broncos on Sunday.

Burks had missed the past four games with a turf toe injury suffered against the Indianapolis Colts in Week 4. He has 10 receptions for 129 yards this season.

He took part in practice this week and said he felt like it went well.

“I feel like I’m in the same shape as when I left,” Burks said Friday. “You start off in practice, which translates to the game. Knowing everything I did when I got back, I can play fast. I still feel like I am in the same position as before the injury.”

Offensive coordinator Todd Downing said he was “really impressed” with how Burks kept himself in shape and liked how engaged he was while he was out.

Added Titans coach Mike Vrabel: “I thought he was really coming on in his ability to adjust to the football and his play speed.”

Tennessee’s passing game, which ranks last in the NFL, could use a boost. The Titans have gained only 1,238 yards in the air this season, with Tennessee’s receivers catching a combined 51 passes for 658 yards and a touchdown.