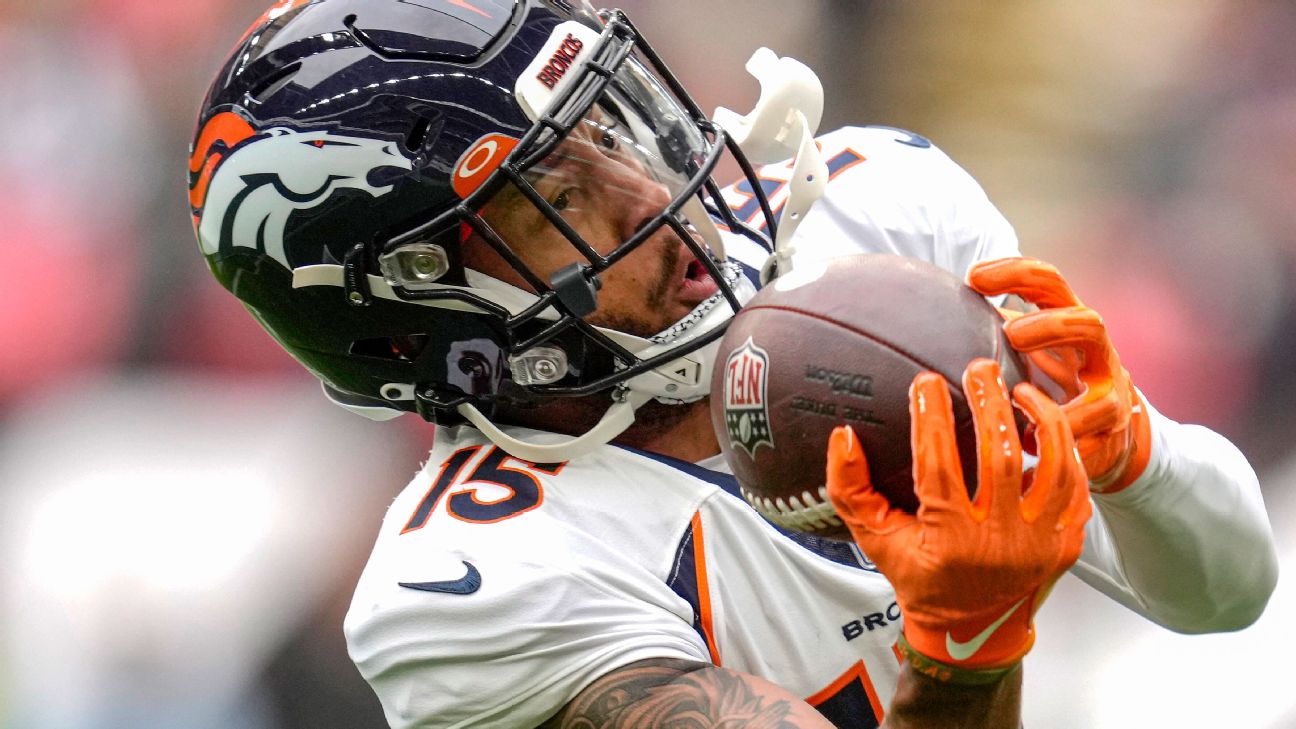 NASHVILLE, Tenn. — For the second time this season a Denver Broncos rookie turned his first career reception into a touchdown when wide receiver Jalen Virgil had a 66-yard catch-and-run score to give the Broncos a 7-0 lead over the Tennessee Titans in Nissan Stadium on Sunday. Rookie tight end Greg Dulcich also scored a touchdown on his first career reception earlier this season.

On a third-and-6 from the Broncos’ 34-yard line with just over eight minutes remaining in the first half, Broncos quarterback Russell Wilson escaped pressure and found Virgil running free up the left sideline.

The speedy Virgil easily out-raced the Titans defenders for the score. Virgil has been active for just one game this season — the Broncos’ Oct. 30 win over the Jacksonville Jaguars in London — but did not play a snap.