CHICAGO — “Brutal” was the first word that came to Dan Campbell’s mind.

Entering the Detroit Lions’ Week 10 game at the Chicago Bears on Sunday, that’s how the second-year head coach described his team’s 13-game winless road streak, which was the longest active run in the league.

But that streak ended with a dramatic 31-30 victory at Soldier Field, with the Lions erasing a 14-point hole in the fourth quarter for the first time since 1993. 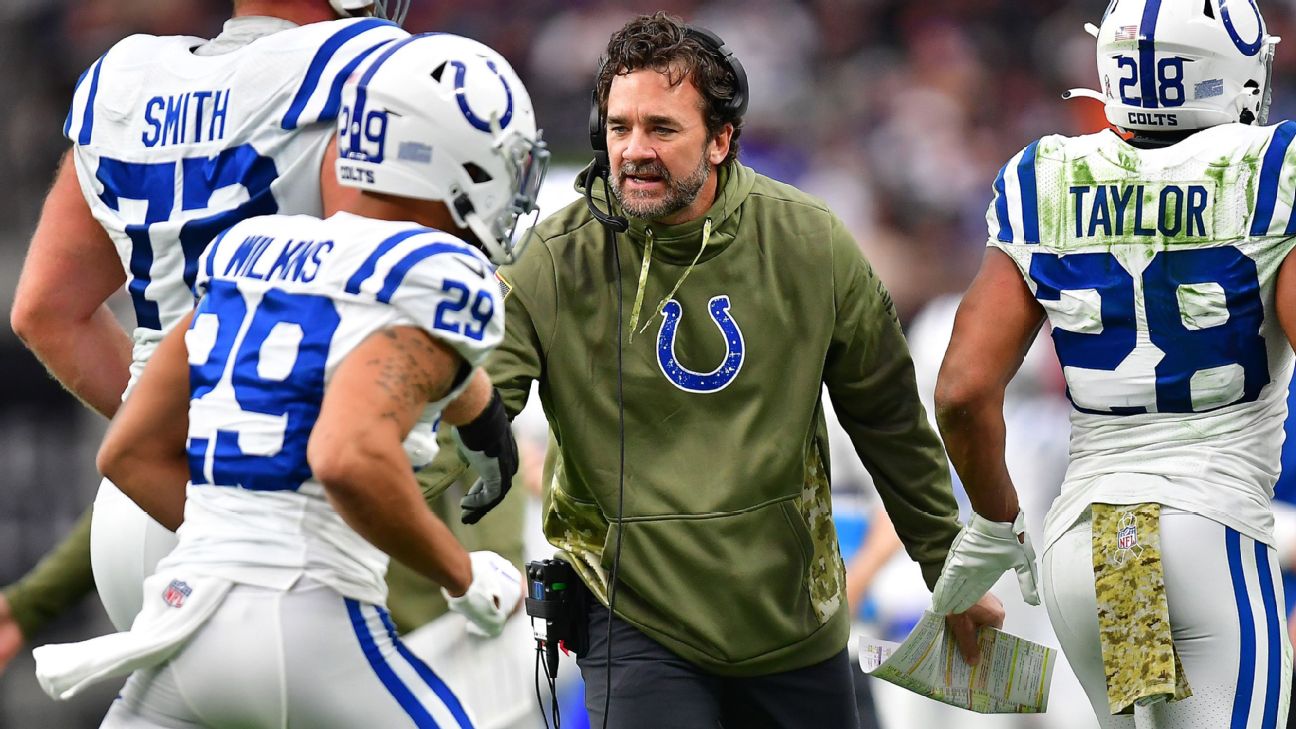 “They hung in there, and they kept fighting. That team played well. They played hard. But our guys responded. And that’s a huge win,” Campbell said. “That’s two … that’s two back-to-back. That’s a division win and that’s our first road win in two years. So those are all big things for us, so I was proud of ’em.”

And those weren’t the only embarrassing streaks the Lions snapped on Sunday. Before the game, the Lions had experienced a 35-game drought of not having back-to-back wins, which had been the longest in the NFL. The win over the Bears also marked their first back-to-back wins since Weeks 6-7 of the 2020 season, per ESPN Stats & Information. And Detroit also ended a 45-game losing streak in games trailing by at least 14 points, which was the second-longest active streak in the NFL behind only the Los Angeles Rams, which dated to the 2014 season.

“It’s fun to get a road win anytime. My first win here and I know his first win here. That makes that plane ride back a little more enjoyable,” said Lions quarterback Jared Goff. “This is one where you wish the plane ride was a little bit longer. But we’ll enjoy it for the next few hours and get back to work for New York next week.”

The Lions had to wait until the very end to finally celebrate. Bears quarterback Justin Fields, who finished with 314 total yards rushing and passing and four total touchdowns, had given the Detroit defense fits all game. But on a fourth-and-8 with under a minute to play, linebacker Julian Okwara would come up with a sack to all but seal the win.

#Lions coach Dan Campbell describes his 1st road victory: “We’ve gotten back in a lot games, but we hadn’t been able to finish them out. But we got ourselves back in the game and won it. That more than anything else means everything to me, to this team. That’s above on the road.” pic.twitter.com/XXAV0UiVa6

“I’m like, ‘well, we’ve got him. Oh, no, we don’t. Oh, we got him. Well, we don’t.’ And then it’s like, ‘oh, man, just don’t.’ You’re just hoping, ‘okay, yeah,’ you want him down, but you’re also hoping he doesn’t break out of the pocket,” Campbell said of trying to sack Fields. “It’s broken, but he’s staying in there. It’s broken, but you’re keeping him kind of corralled in there, and we did that. And then come up with a big one there at the end.”

Among the Lions celebrating the sack on the field was cornerback Jeff Okudah, who had a fourth-quarter pick-six of Fields with 10:29 remaining to make the score 24-24.

“One thing about our team that I noticed we just definitely kept the faith. Everything the coaches have been preaching this whole season,” Okudah said. “No matter what happened, no matter what our record indicated, guys just kept believing.

“I think when you have a team like that that has an unwavering belief in the things that are being preached from top to bottom, I think you’ll get good results. Sometimes it’s a lagging process, but hard work is undefeated.”