MIAMI — As the Miami Dolphins were cruising to their fourth straight victory on Sunday, the crowd at Hard Rock Stadium began a chant that illustrated how far quarterback Tua Tagovailoa has come in just over a year.

“MVP, MVP,” rained down from the stands on two occasions during the Dolphins’ 39-17 victory over the Cleveland Browns, which featured three Tagovailoa touchdown passes and zero Miami punts.

The headlines surrounding the Dolphins’ quarterback situation leading up to last year’s trade deadline were about making a deal — possibly for now Cleveland Browns quarterback Deshaun Watson — to fortify the position. 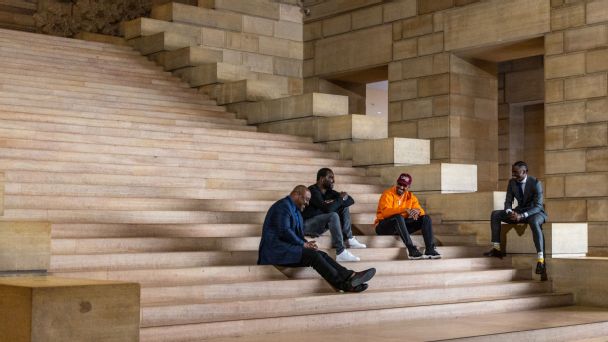 The Dolphins’ trade-deadline move this season was to strengthen its defense in hopes of surrounding Tagovailoa and one of the league’s top offenses with enough help to contend for a Super Bowl.

Tagovailoa entered the season facing doubts about his future in Miami. The Dolphins can extend the third-year quarterback in the offseason, but that wasn’t a certainty in the preseason when Tagovailoa was a 75-1 longshot to win MVP.

But now, Tagovailoa is one of the MVP favorites, currently listed by Caesars Sportsbook with the fourth-best odds at 7-1, behind the Kansas City Chiefs’ Patrick Mahomes, Philadelphia Eagles’ Jalen Hurts and the Buffalo Bills’ Josh Allen.

The 7-3 Dolphins haven’t lost a game this season that Tagovailoa — who missed nearly three full games after suffering a concussion — has started and finished.

And unlike previous years, Miami’s success has not been credited to an opportunistic defense. Instead, it’s been largely the play of its quarterback, who is the catalyst for an offense that is averaging 391.5 yards per game, third-best in the NFL.

Whether it’s his efficiency or deep throws, Tagovailoa has taken a step forward in what’s been a breakthrough season.

There’s a quantifiable method of measuring Tagovailoa’s value — expected points added. According to NFL Next Gen stats, Tagovailoa leads the NFL in team EPA per dropback at .37 — which is an improvement from his .08 EPA per dropback last season. His current mark is ahead of established stars at the position like Mahomes (.28) and Allen (.13).

Tagovailoa also ranks second in completion percentage above expectation at 3.5%, another improvement over last season when he posted a 0.9% CPOE.

Because of the games missed, Tagovailoa ranks 19th in pass attempts among qualified passers, but he is tied for the third-most touchdown passes (18) entering Week 11 with the Cincinnati Bengals’ Joe Burrow. A league-leading 7.3% of his attempts have resulted in touchdowns, and he also leads the NFL in yards per completion (12.87), yards per dropback (8.6) and QBR (82.6).

Obviously, Tagovailoa hasn’t done it by himself. The Dolphins traded for Hill, who’s leading the NFL with 1,148 yards and on pace to break former Lions receiver Calvin Johnson’s single-season record of 1,964. Hill and Jaylen Waddle have combined for 2,026 yards — which would rank higher than 10 teams in total receiving yards this season. Tagovailoa’s targets have an average of 3.62 yards of separation when the pass arrives, the seventh-best in the NFL.

Hill believes the influence of first-year coach Mike McDaniel has helped Tagovailoa silence some of his preseason critics.

Tagovailoa maintained during his first two seasons that he doesn’t pay attention to outside criticism. But he’s made multiple references this season to the outside perception that his arm wasn’t strong enough to complete deep passes.

“I’ve grown a lot with the deep balls, huh? Don’t we think?” he said at the end of a media session in Week 9. “That was probably a subtle jab, but it was a jab.”

The numbers back up his statement.

He may not have the strongest arm in the NFL, but he’s become one of its most reliable passers.

Delivery in the clutch

With five of the Dolphins’ seven wins coming by one score, Tagovailoa has been asked on two occasions to play an essentially perfect game.

Both times, he delivered.

Miami trailed by multiple scores in the second half against the Baltimore Ravens in Week 2 and Detroit Lions in Week 8. In the third and fourth quarters of both games, Tagovailoa completed a combined 36 of 44 passes for 448 yards and six touchdowns. He has yet to throw an interception in the second half this season.

Tagovailoa was named AFC Offensive Player of the Week after the win over Baltimore, during which he threw for 469 yards, six touchdowns and two interceptions. He threw four of those TDs during a torrid fourth quarter, erasing a 21-point deficit in the process.

“He went and played and took his responsibilities seriously to his teammates about, ‘Hey, I’m going to lead this team confidently,'” McDaniel said after the Ravens game. “It is what you get into sports for. It is as cool for the coaching staff and him that it was coming to life. I think it was a moment that he will never forget, that hopefully he can use moving forward.

“His teammates learned a lot about him, and I think he learned something about himself.”

Among qualified quarterbacks in the fourth quarter, Tagovailoa ranks first in EPA per dropback, yards per attempt and QBR.

The crowd’s chant Sunday was hard to ignore, but that’s not Tagovailoa’s goal. He’s already said the Dolphins “aren’t afraid to talk about Super Bowls.”

“There’s no doubt I heard that,” Tagovailoa said. “It’s flattering, but what we came to do and what we came to accomplish, it’s not accomplished yet. It’d be cool, but we have bigger goals and aspirations on what we want to do as a team.”