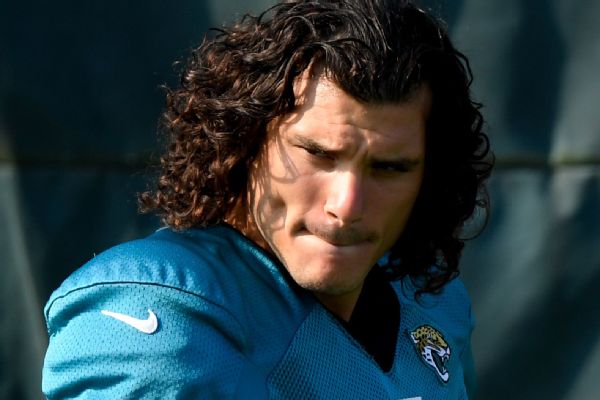 JACKSONVILLE, Fla. — A Duval County circuit court judge has dismissed a discrimination lawsuit filed by former Jacksonville Jaguars kicker Josh Lambo against the team that alleged former coach Urban Meyer violated state laws by creating a hostile work environment and the team did nothing to stop it.

Lambo filed the lawsuit on May 10 and alleged that the Jaguars violated the Florida Private Sector Whistle-blower’s Act and that Meyer’s actions — which included an accusation that he kicked Lambo — “violated Florida civil, criminal, and employment law concerning assault, battery, and workplace violence in furtherance of an employer’s interests.”

The lawsuit says Meyer’s actions impacted Lambo’s ability to sleep, practice and perform his duties at the high level that he had with the Jaguars under previous coaches. It also alleges Lambo suffered extreme emotional and mental distress and Lambo was seeking any back pay owed, damages, and other legal fees.

The Jaguars asked that the lawsuit be dismissed because Lambo “is not a whistle-blower nor a victim of retaliation. Instead, as [Lambo] admits in the complaint, the club separated his employment due to his unsatisfactory performance on the football field.”

The Jaguars’ 439-page motion to dismiss also said that Lambo’s complaint is “predicated solely on the alleged criminal acts of Urban Meyer, not any policy, practice or activity of the club.”

The lawsuit claimed Lambo’s performance suffered after he was verbally and physically abused by Meyer. It also claimed that Meyer threatened to release Lambo after Lambo spoke up in his defence. Lambo claimed that Meyer kicked him in the leg while he was stretching in warm-ups before a practice during the week of the final preseason game. Lambo said Meyer told him, “Hey Dips—, make your f—ing kicks!” and then kicked him in the leg.

Lambo claimed he told Meyer: “Don’t you ever f—ing kick me again!” Lambo said Meyer then told him, “I’m the head ball coach. I’ll kick you whenever the f— I want.” The lawsuit alleged Lambo told his agent, Richard Irvin, about the incident and Irvin notified the Jaguars’ legal counsel the following day.

The lawsuit claimed Meyer approached Lambo a day later and threatened to cut him if he objected to his behavior or challenged his authority again by saying: “[I]f you ever speak to me like that again, you’ll be out of here. You’re the first player I’ve ever let speak to me that way in my career, and if you do it again, you’re gone.”

Lambo missed two PATs against Arizona in Week 3 and Matt Wright served as the Jaguars’ kicker beginning in Week 4. He kicked a 54-yard field goal with 3:45 remaining and a 53-yard field goal as time expired to give the Jaguars a 23-20 victory over the Miami Dolphins in London on Oct. 17. That snapped the Jaguars’ 20-game losing streak, which was the second-longest in NFL history.

The Jaguars released Lambo on Oct. 19. The lawsuit alleged that the physical and verbal abuse impacted Lambo’s ability to perform at the level he had during his previous six seasons. Lambo made 81.3% of his field goal attempts in 2015-16 with the Chargers but was cut before the 2017 season. Lambo signed with the Jaguars in October 2017 and he made 95% of his field goal attempts through the 2020 season — including going 12-for-13 from 50 yards and beyond.