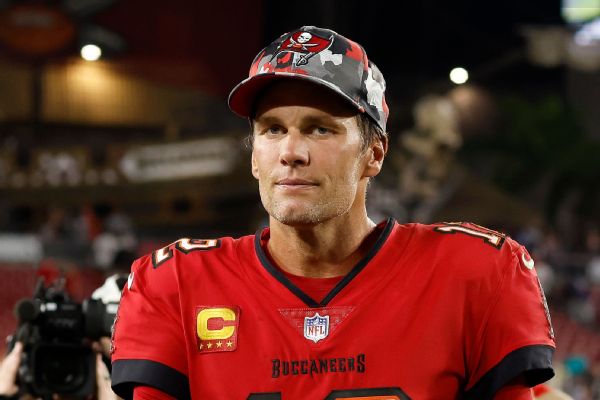 NEW YORK — A host of Hollywood and sports celebrities, including Larry David and Tom Brady, were named as defendants in a class-action lawsuit against cryptocurrency exchange FTX, arguing that their celebrity status made them culpable for promoting the firm’s failed business model.

FTX has been in the public eye for more than a week, after the third-largest cryptocurrency exchange ended up with billions of dollars worth of losses and had to seek bankruptcy protection. The Bahamas-based company and its founder, Sam Bankman-Fried, are under investigation by state and federal authorities for allegedly investing depositors’ funds in ventures without their approval.

Before its failure, FTX was known to use high-profile Hollywood and sports celebrities to promote its products. It had the naming rights to a Formula One racing team as well as a sports arena in Miami. Its commercials featured “Seinfeld” creator David, as well as Brady, the star quarterback of the Tampa Bay Buccaneers, basketball players Shaquille O’Neal and Stephen Curry, and tennis star Naomi Osaka.

The lawsuit filed late Tuesday alleges that the athletes and celebrities brought instant credibility to FTX and should be held just as culpable as Bankman-Fried.

“Part of the scheme employed by the FTX Entities involved utilizing some of the biggest names in sports and entertainment — like these Defendants — to raise funds and drive American consumers to invest … pouring trillions of dollars into the deceptive FTX platform to keep the whole scheme afloat,” the lawsuit said.

Class-action attorney Adam Moskowitz filed the lawsuit in the Southern District of Florida. Moskowitz is also the attorney representing the victims in the collapse of a residential tower in Surfside, Florida.