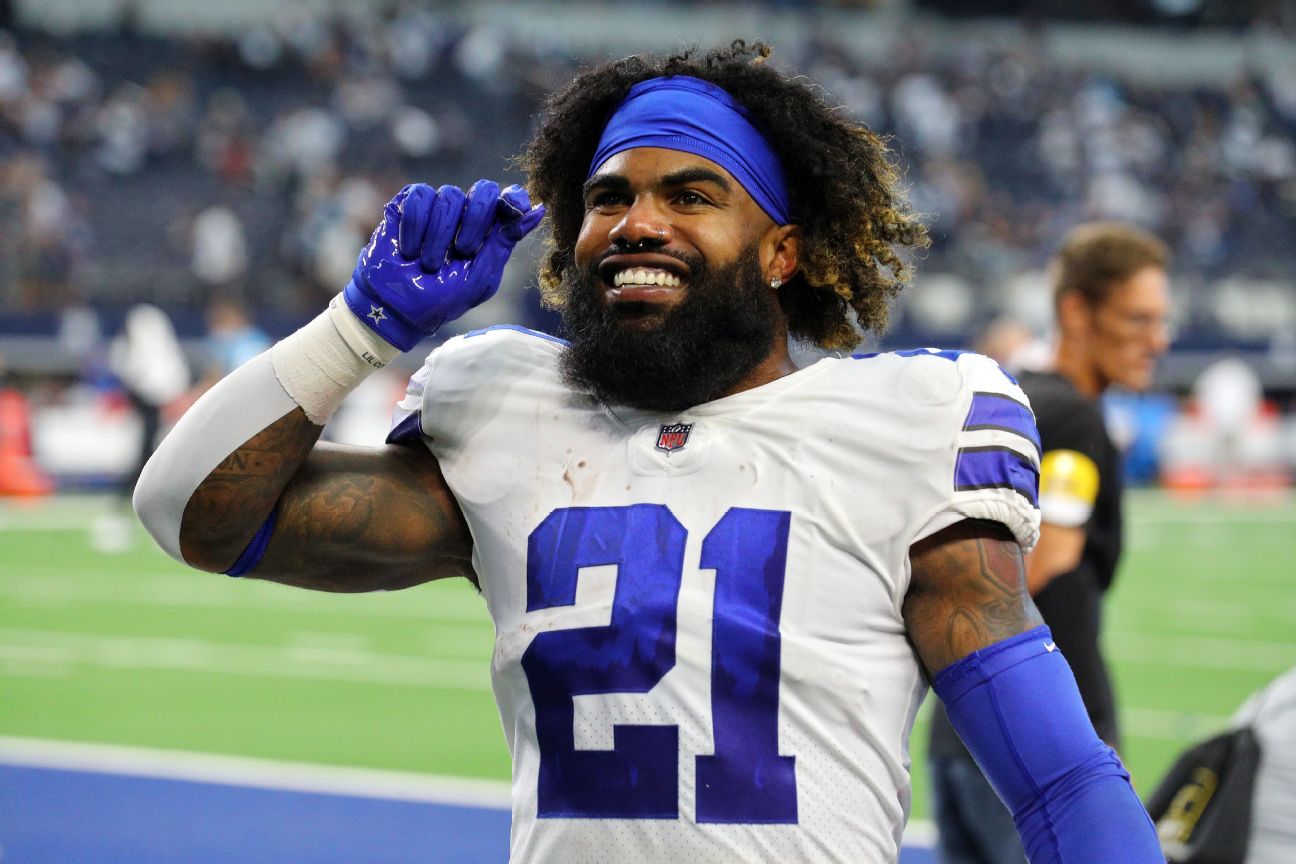 FRISCO, Texas — Dallas Cowboys running back Ezekiel Elliott is trending toward playing Sunday against the Minnesota Vikings after missing the past two games with a hyperextended right knee.

“I’m definitely very optimistic about this week,” Elliott said. “Barring any setbacks the next couple days, I think I feel good. I’ve felt as good as I’ve felt since the injury this early in the week. I think I’m in a good spot.”

Elliott said he would wear a brace for added protection. He suffered the injury Oct. 23 against the Detroit Lions and has missed the past two games, sandwiched around the Nov. 6 bye weeks.

Elliott has been listed as a limited participant in practice this week, same as last week; however, the decision not to play against the Green Bay Packers had to do with how he felt after his workouts.

With three games in 12 days, he opted to rest.

“Just tightness, sore, a lot of discomfort, so we decided that it was just smart to give it one more week,” Elliott said. “Didn’t want to waste, let the weeks I took off early to go in vain.”

This time Elliott will have to contend with potentially playing two games in four days with the Cowboys playing the New York Giants on Thanksgiving.

He played most of last year with a partially torn posterior cruciate ligament in his right knee that limited his effectiveness. Before this year, he had missed just one game due to injury in his career.

Tony Pollard has posted back-to-back 100-yard games as the lead runner in Elliott’s absence, but teammates know the impact Elliott can make in a return.

“Obviously just turn on the tape and look at his production his entire career,” Dak Prescott said. “The guy is a talented back. He’s a bruiser. He’s going to make plays for us in every which way. And then being able to have both of them just puts a lot of pressure on the defense. If he’s able to, I’ m excited for him, obviously. He knows that.”

What does Elliott believe he can bring?

“Just a little physicality. Just some more physicality to our offense,” he said. “And I think, it’s exciting to be back. Ready to go, man. This sucks sitting on the sideline.”