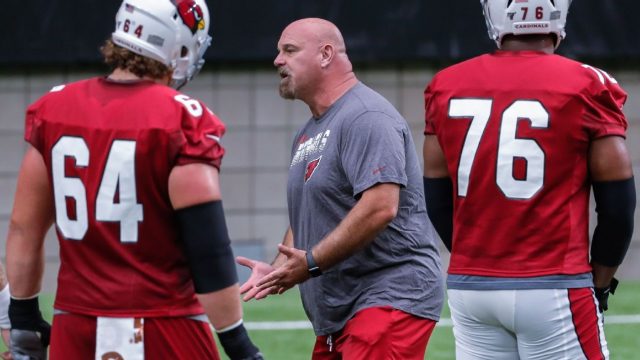 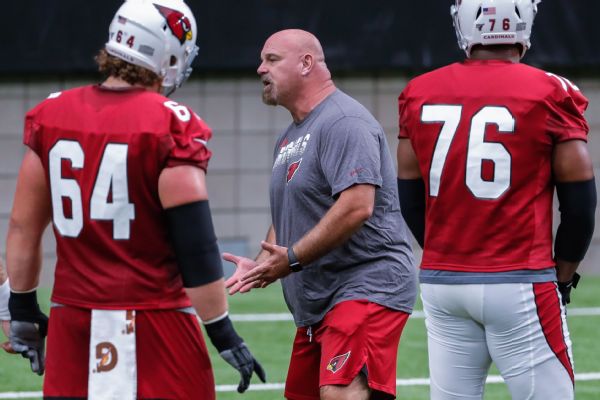 Kugler was sent home on Monday morning ahead of Arizona’s blowout loss to the San Francisco 49ers on Monday Night Football.

Kugler’s bio on the Cardinals’ website had been removed by Tuesday.

Head coach Kliff Kingsbury was asked during his news conference Tuesday if he’d had to make any staff changes, and he responded by saying: “No.” Shortly after, news broke of Kugler’s firing.

Kugler was responsible for game-planning the Cardinals’ run scheme, which has struggled as of late, failing to reach 100 yards in three of the team’s past four games.

The Cardinals have struggled recently with an injury-laden offensive line. Just one opening-week starter, right tackle Kelvin Beachum, played Monday night. The other four were out because they were either on injured reserve or inactive with an injury.

Arizona averaged 1.8 yards per rush before contact on Monday, which was its second-worst rate this season. Kingsbury said Monday’s performance was a product of scheme and personnel.

“I would say all of the above and a very good defense,” Kingsbury said. “When you look at their defensive line, their front seven, I thought they played at a really high level and we’ve got to be better, schematically got to be better, physically, all those things but you got to give them a lot of credit as well.”

The Cardinals are ranked 18th in run yards, 21st in yards per rush and 13th in rushing yards before first contact. Starting running back James Conner missed three games because of a rib injury, while his backup, Eno Benjamin, was released on Nov. 14 after a reported confrontation with a coach.

That has left Kingsbury to describe his run game as “a work in progress.”

“With James being banged up part of the year and then losing some of the O-line, I think it’s still trying to figure out what our best runs are, what our best schemes are, trying to patch it together and get that group to maximize their talents together,” Kingsbury said. “And when you go up against a group like that, a front seven like that — it can be challenging, but we got to be better.”