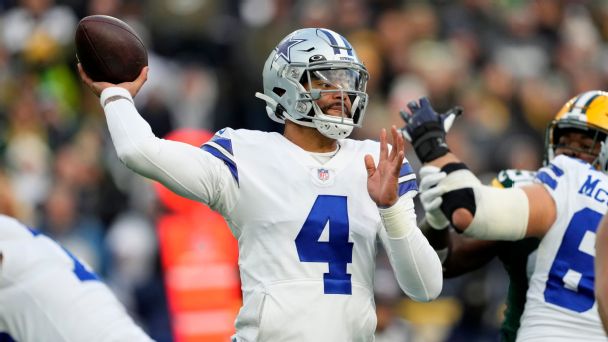 Dak Prescott makes a pitch for an upgrade for the Cowboys and more from our NFL quotes of the week.

“He knows how much I want him here, and a lot of these guys in this locker room I’ve seen have reached out on their own in different ways to make sure that he understands that this is a team that he can help. And we want him to come help.”

Odell Beckham Jr., on Twitter, after the Cowboys’ 40-3 win over the Minnesota Vikings

“It hurts my soul … I lost my job due to injury, and the policy has always been you don’t lose your job because of injury.”

“The whole community chipped in… [They picked] everybody up on snowmobiles and tractors and everything for us to get here.”

Buffalo Bills linebacker Von Miller, on fans helping the team travel out of a snowstorm to Detroit for their game against the Cleveland Browns