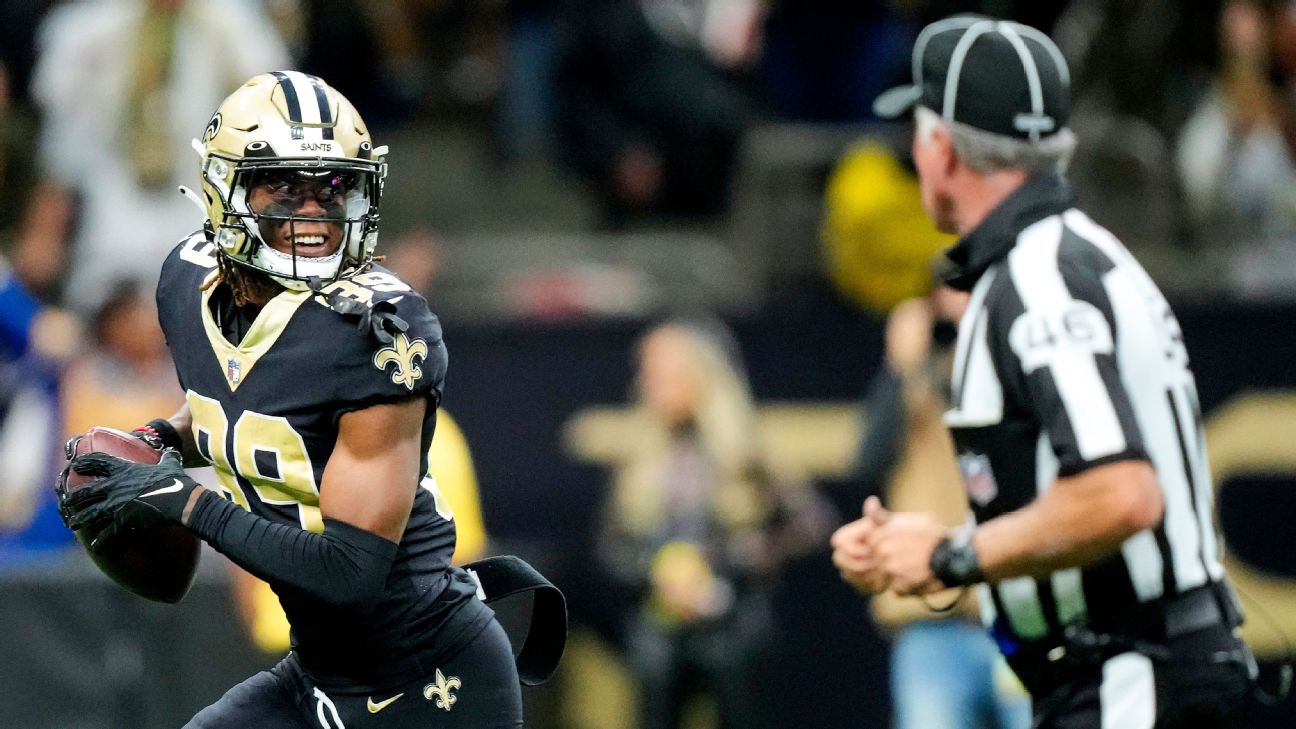 NEW ORLEANS — New Orleans Saints rookie wide receiver Rashid Shaheed showed off his abilities on a national stage against the Tampa Bay Buccaneers on Dec. 5. He picked up right where he left off against the Atlanta Falcons on Sunday afternoon.

Taysom Hill, who is technically listed as a tight end, subbed in for quarterback Andy Dalton on the second play of the Saints’ second offensive drive and immediately uncorked a deep pass downfield.

Two defenders were chasing Shaheed, and one fell as he jumped up to try to bat the ball down. That left Shaheed open as he easily scampered in for what would be a 68-yard touchdown to put the Saints up 14-0.

The Saints had previously scored on the opening drive with a pass from Dalton to tight end Juwan Johnson. Shaheed, an undrafted rookie from Weber State, is now averaging 23.2 yards per catch. The touchdown brought him to 14 receptions this year for 325 yards and two receiving touchdowns, and he also has one rushing touchdown.

THE NEED FOR SHAHEED! 🔥