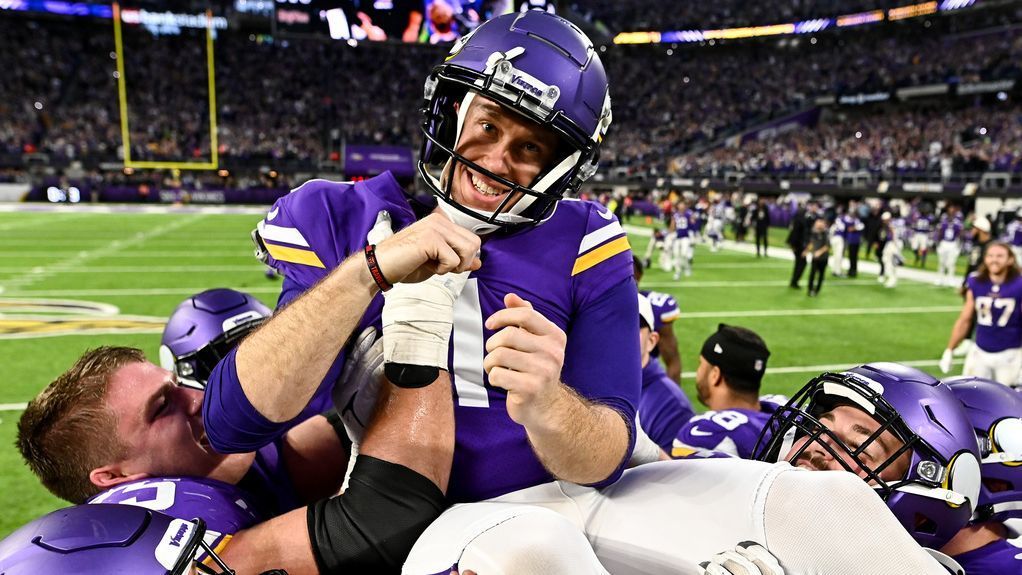 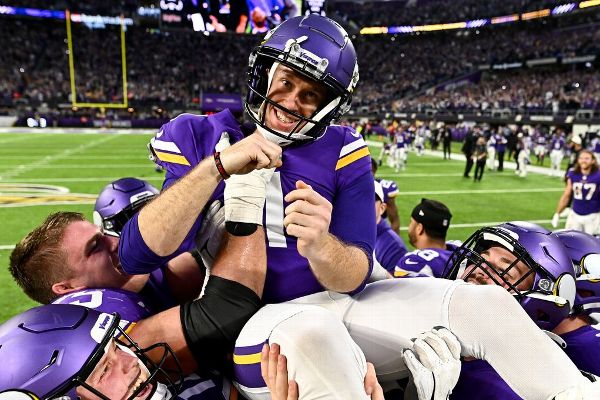 Powered by a new coaching staff and largely the same roster that had missed the postseason in three of the past four years, the Vikings overcame a 33-point halftime deficit to defeat the Indianapolis Colts 39-36 at US Bank Stadium.

The 33-point comeback exceeded the previous record of 32, set by the Buffalo Bills in the 1992 playoffs against the Houston Oilers. Kevin O’Connell led the Minnesota to its 11th victory in his first 14 games as its head coach.

The historic win eliminated the Vikings’ last remaining competitor, the Detroit Lions, from contention for the NFC North title. After winning their first division title in five years and their sixth since the turn of the century, the Vikings hold a one-game lead over the San Francisco 49ers for the NFC’s No. 2 playoff seeds.

The Vikings’ live odds to win the game grew to as long as 30-1 at Caesars Sportsbook, but were even longer at other sportsbooks. At PointsBet, the Vikings were 90-1 to win the game when they were down 33-0. The sportsbook said it took a couple bets on the Vikings at 90-1 odds, the largest a $5 wager.

In a wild twist of drama, the Vikings were booed off the field at halftime. Cornerback Patrick Peterson challenged his teammates to score five touchdowns in the second half — a tough ask in any circumstance — and O’Connell said: “I’ll never forget it as long as I live.”

“It was a nice little moment for me to lead into,” O’Connell said. “I said, ‘Pat you’re exactly right.’ That’s what we needed at the time. It was probably the most motivated I’ve been to challenge our players, so they just knew that regardless of the outcome today, that first half was not good enough. It will never be acceptable to have that type of performance, regardless of the outcome today.

“Nobody is happier to be NFC North champions. The way we earned it, I think will stick with a lot of us for a long time, but there’s still a lot to go back and make sure we rectify.”

The Vikings didn’t score until 8 minutes, 22 seconds remained in the third quarter. But from that point on, they outscored the Colts 39-6. Quarterback Kirk Cousins ​​threw for 417 of his 460 yards after halftime, more than any NFL quarterback in the past 45 years. Cousins ​​struggled to put the performance in perspective immediately afterwards, saying he “isn’t wired that way.”

But after the Vikings won their 10th one-score game of the season, Cousins ​​did say: “Something like that doesn’t happen to average people.”

The Vikings fired former coach Mike Zimmer and general manager Rick Spielman the day after the 2021 season. Owners Zygi and Mark Wilf hired Kwesi Adofo-Mensah to replace Spielman, and Adofo-Mensah signed off on their choice of O’Connell as the new coach.

Together, the Vikings’ new leadership decided against blowing up a veteran roster that lost eight games by one possession in 2021. Instead, Adofo-Mensah initiated what he called a “competitive rebuild,” hoping to squeeze as many wins from the existing core as possible before starting the process of turning over key positions with younger players.

O’Connell redesigned the offense around receiver Justin Jefferson, who has jumped to the top of the NFL receiving rankings. Cousins ​​has produced the worst statistical season of his five in Minnesota, but he has led seven fourth-quarter comebacks, including Saturday, and has thanked O’Connell repeatedly for empowering him to play through his mistakes.

Cousins ​​is one of many returning veterans who have powered this season’s surge, including eight who are at least 30 years old: receiver Adam Thielen, linebackers Za’Darius Smith, Eric Kendricks and Jordan Hicks, cornerback Patrick Peterson and safety Harrison Smith.