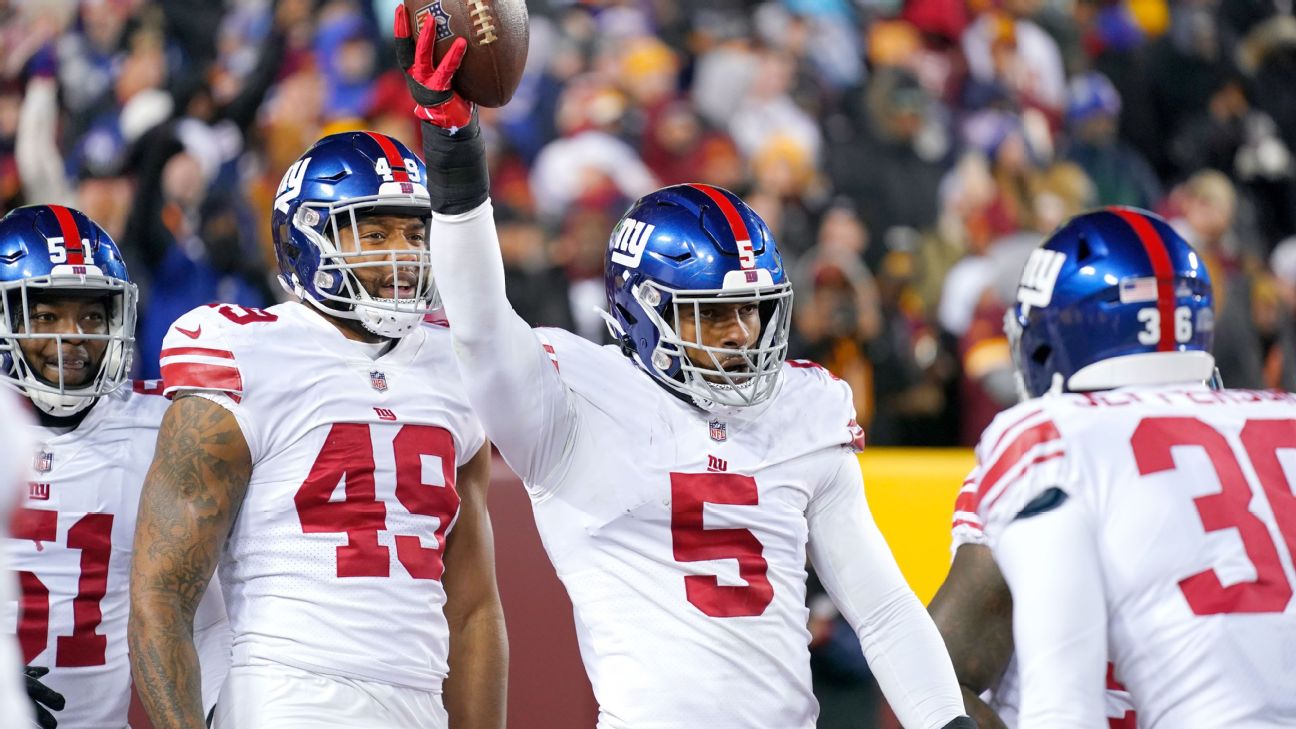 LANDOVER, Md. — The New York Giants got offense from their defense when rookie defensive end Kayvon Thibodeaux scored off a sack early in the second quarter against the Washington Commanders on Sunday night at FedEx Field.

It was the Giants’ first non-offensive score of the season and gave them a 7-3 lead with 13 minutes, 10 seconds left in the second quarter.

The fifth overall pick in this year’s draft out of Oregon flew off the right edge on a second-and-18 play from the Washington 10-yard line. Thibodeaux used a long arm to beat left tackle Charles Leno Jr. and hit quarterback Taylor Heinicke from behind.

The ball squirted loose towards the opposite hash and was recovered by Thibodeaux at the 1-yard line. He easily walked into the end zone for his first career score to put the Giants ahead.

It was New York’s first fumble recovery for a touchdown since 2020. That one also came against Washington.

Thibodeaux also became the second rookie in the past decade with a strip-sack fumble recovery for a touchdown on the same play. He joined Leonard Floyd, who did it for the Chicago Bears in 2016.

The prime-time play came days after Thibodeaux declared himself ready for the spotlight.

“Prime-time likes me,” he confidently proclaimed earlier in the week.