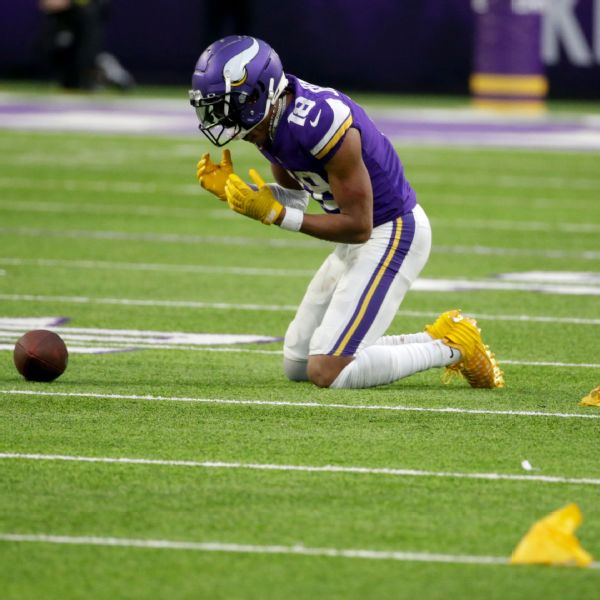 EAGAN, Minn. — Minnesota Vikings receiver Justin Jefferson has absorbed three illegal hits this month, including two in Saturday’s historic comeback victory over the Indianapolis Colts, and the team is growing increasingly suspicious about it.

Coach Kevin O’Connell has brought it up, unprompted, twice in the past three days. Speaking Monday to reporters, O’Connell said sarcastically that Jefferson had “surprisingly” taken several shots from Colts players. He added: “Clearly there is an emphasis on the teams we’re playing. Some of those hits, they don’t just seem to be by accident at times.”

Jefferson twice needed medical attention in the fourth quarter Saturday. The first instance came after Colts safety Rodney Thomas hit him when he still had protection as a defenseless player, and resulted in what O’Connell called a rib/chest contusion. The second was a hit to the head by Colts cornerback Stephon Gilmore, requiring Jefferson to leave the game for a concussion check.

In Week 13, New York Jets safety Jordan Whitehead also hit Jefferson in the head and neck area. There have been several other hits in recent weeks that the Vikings protested but ultimately were not flagged. Jefferson visited the Vikings’ practice facility Sunday for treatment, but O’Connell expressed confidence that he’ll be available for their Christmas Eve matchup against the New York Giants.

“I think we’ve got to protect him a little bit better,” O’Connell said Saturday. “Great to get the flags, but … he’s too important to our league. Seems like a weekly occurrence at this point.”