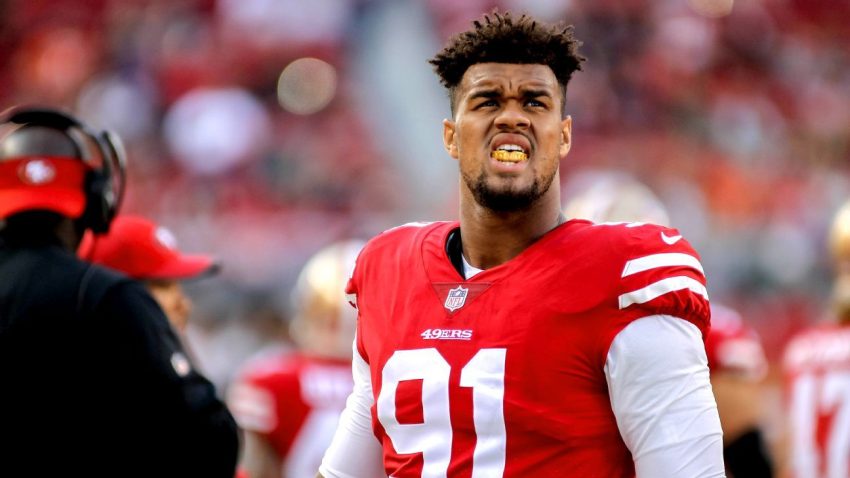 The NFL rookie dinner with the astronomical tab is now a time-honored tradition. The drinks flow, veterans order porterhouses and lobsters and any other high-price menu items and rookies pick up the bill.

It’s a well-worn “welcome to the league” move.

Veteran defensive linemen for the San Francisco 49ers took things to another level recently. When they went out, the waiter brought back a check that had an 8-ounce cut of Kobe beef for $480, bone marrow for $29, a porterhouse, multiple orders of salmon and sauteed mushrooms. The total was $7,691.05 then had a banquet deposit added plus a $200,000 tip. The rookies suddenly thought they had to pay $322,391.05.

They were taken back by the sum.


After the video went viral, 49ers defensive end Arik Armstead, a seven-year veteran, had to assure the world that it was just an over-the-top prank.

Y’all silly if you thought a dinner could cost 300k. It was a prank. The waitress went overboard. The dinner was 7500 me and 2 other vets gave 1k towards it. The rooks split 4500. We had a great time too. I had good vets as a young player I would never do a rookie like that.

“That’s good by Arik,” 49ers coach Kyle Shanahan said Tuesday. “A lot of guys can be not cool about it and Arik was a little more mature than that and thank goodness because guys can get ridiculous on that. But I’ve never seen it that ridiculous.”