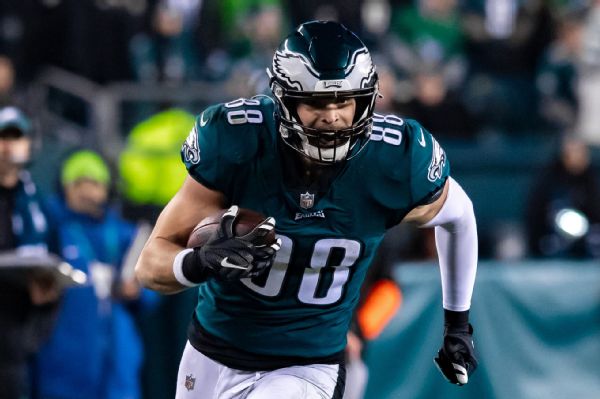 Goedert was placed on IR Nov. 16 with a shoulder injury, but the feeling all along was that he would return at some point this season.

At the time of his injury, he was second on the team in receiving yards (544) and tied for second in receiving touchdowns with three.

Philadelphia has used a combination of Jack Stoll, Grant Calcaterra and Noah Togiai at tight end in Goedert’s absence, but combined they have a little over 200 receiving yards.