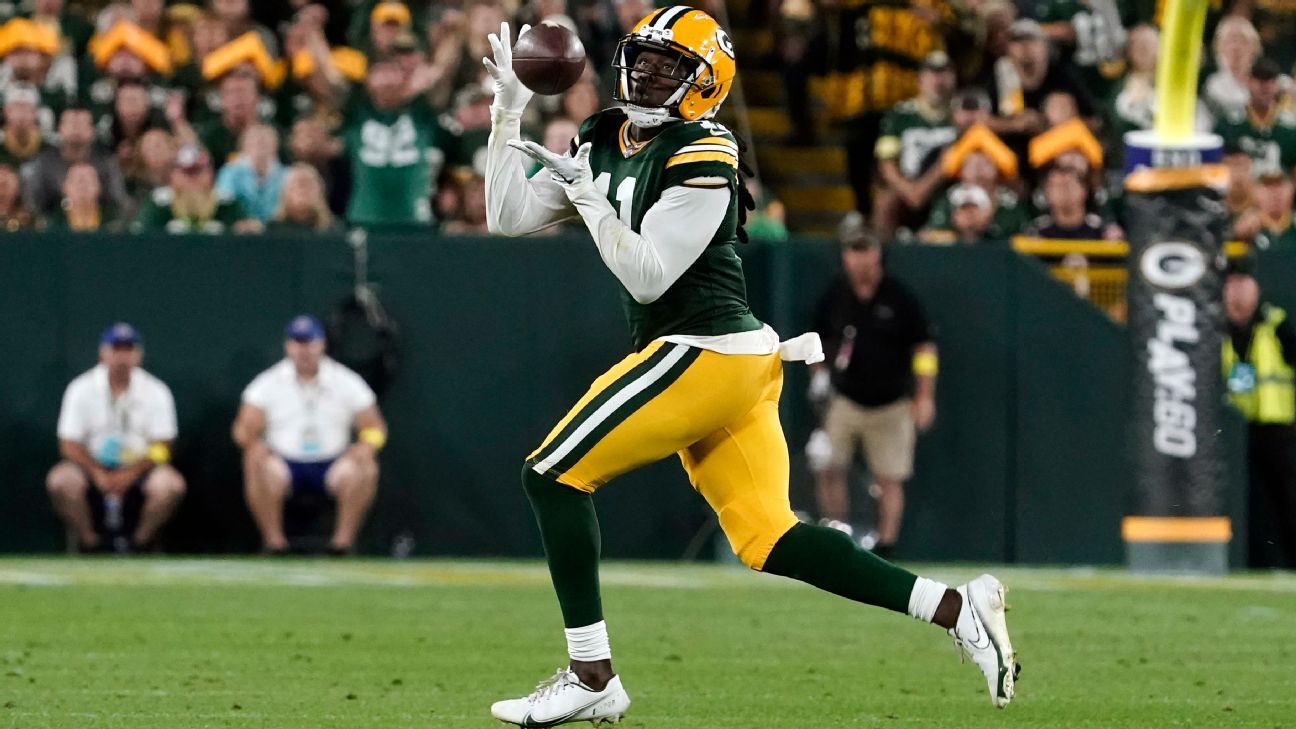 OWINGS MILLS, Md. — The Baltimore Ravens on Tuesday made a surprise reunion for their banged-up and struggling passing attack.

The Ravens claimed wide receiver Sammy Watkins off waivers on Tuesday, according to a team source, confirming multiple reports. Baltimore is bringing back Watkins with the hope he will improve the NFL’s sixth-worst passing attack and help an offense that hasn’t scored a touchdown in its past seven quarters.

Baltimore is bringing back Watkins at a time when the passing game is reeling, and another injury hit the wide receiver group Tuesday. Devin Duvernay, who has started 13 games this season, limped off the field early in Tuesday’s practice and could barely put any weight on his right foot. He is currently undergoing tests on the foot, a source told ESPN’s Adam Schefter.

With Duvernay sidelined and Rashod Bateman (foot) out for the season, the Ravens were left with Demarcus Robinson, DeSean Jackson and James Proche II before picking up Watkins. The Ravens’ wide receivers rank last in the NFL in receiving yards (1,328) and haven’t made a touchdown catch since Week 3 (Sept. 25).

Watkins, 29, was waived by the Green Bay Packers on Monday after failing to make a catch in his last three games. He signed a one-year, $1.85 million deal with Green Bay this offseason and managed 13 catches for 206 yards and no touchdowns in nine games.

His return was unexpected because he finished with career lows in receptions (27) and receiving yards (394) in his one season in Baltimore last year. By the end of last season, Watkins was near the bottom of the depth chart, which was a far fall for the No. 4 overall pick of the 2014 draft.

Ravens quarterback Lamar Jackson (knee) missed his seventh straight practice on Tuesday, which means backup Tyler Huntley could make his third start of the season Saturday against the Atlanta Falcons.