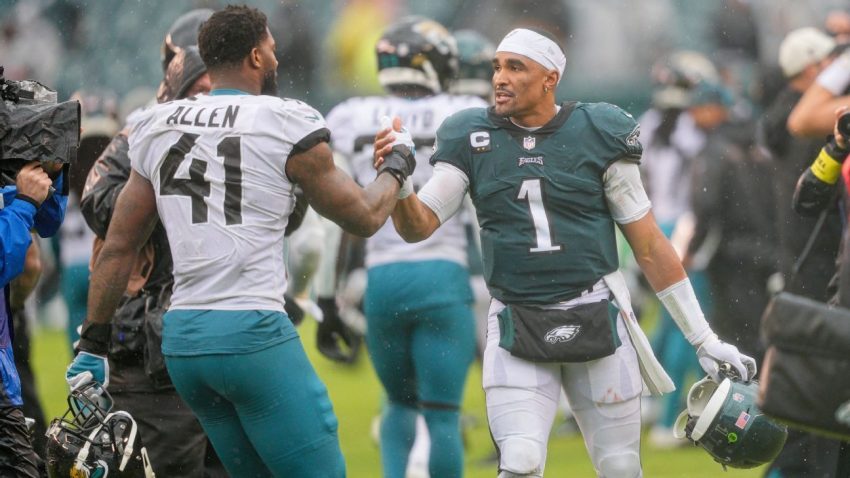 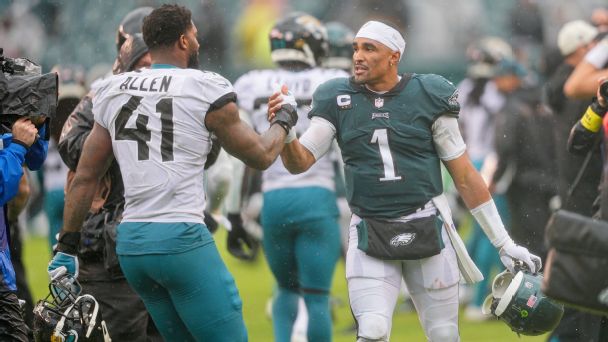 JACKSONVILLE, Fla. — Beating the Dallas Cowboys 40-34 in overtime Sunday got the Jacksonville Jaguars one game closer to the AFC South division-leading Tennessee Titans.

It also got the staff fed.

According to The Florida Times-Union newspaper, the Philadelphia Eagles wanted to thank the Jaguars for beating their NFC East rivals so they decided to send the team a bunch of cheesesteaks. Not directly from Philly, though. They ordered 35 cheesesteaks and 25 servings of fries from Philly’s Finest in Jacksonville Beach and had them delivered to Jaguars head coach Doug Pederson at TIAA Bank Field on Monday.

Jeff Harris, who owns the restaurant, told the newspaper that initially he wasn’t sure if the order was legitimate but was convinced when a member of the Eagles organization contacted him.

The Jaguars confirmed that the food arrived — and was devoured by the football operations staff.

It was a familiar meal for Pederson, who led Philly to its first Super Bowl win during his tenure as head coach from 2016-20.