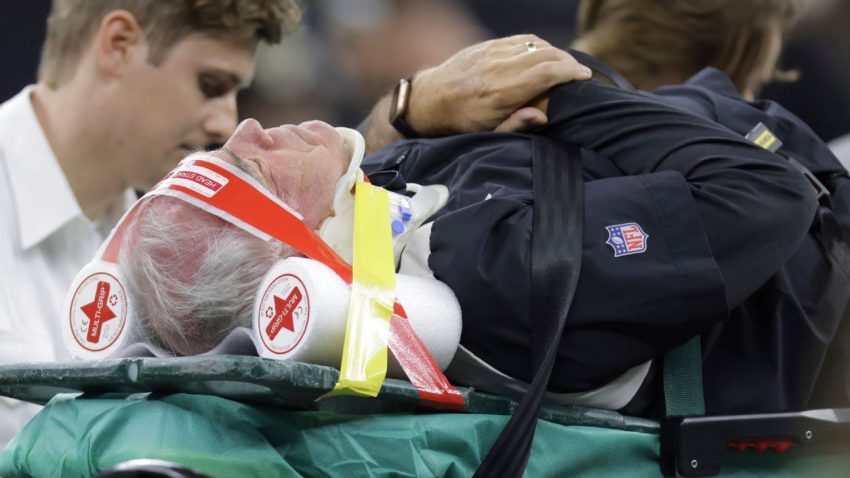 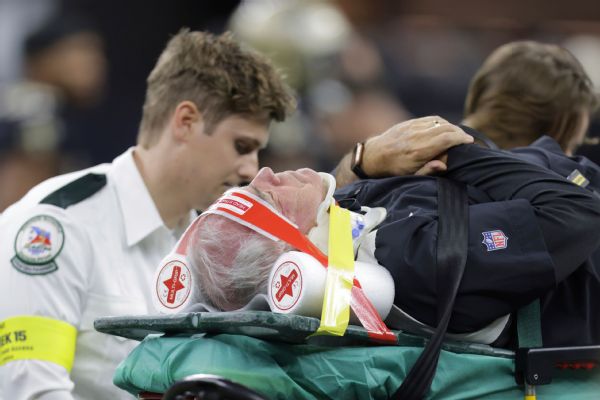 FLOWERY BRANCH, Ga. — Atlanta Falcons defensive coordinator Dean Pees said Wednesday he was briefly hospitalized following a pregame on-field collision in New Orleans because of blood thinner medication he has been on.

Doctors, he said, told him because of the medication and the collision, there was a chance he could have had bleeding in the brain and the only way to make sure that he didn’t was by doing a CT scan, which is why he was taken to University Medical Center New Orleans for testing.

He has been cleared to coach this week and will be in Baltimore — where he was the defensive coordinator from 2012 until 2017 — once again calling plays. Pees had returned to practice with the Falcons on Tuesday.

On Sunday, Pees was talking with Fox sideline reporter Kristina Pink and didn’t see New Orleans returner Rashid Shaheed before the player collided with him pregame Sunday at the Superdome. He said he doesn’t believe he lost consciousness and he remembers hitting the ground.

“Just kind of looking up,” Pees said. “And going, ‘What the hell just happened?'”

Pees then said he answered questions from the doctors — including where he was, which he said jokingly was easy because “Superdome” was written in large letters on the ceiling of the stadium — and then wanted to get up.

Pees initially said he felt fine and wanted to see if he could walk around and then coach in the game. But the doctors insisted the 73-year-old be checked out at a hospital because of the medication he was on.

“I thought I was good enough, beat up a little bit but don’t feel like I’m concussed or anything like that,” Pees said. “They said, no, because of that, they wanted to take precautionary measures and put the stuff on my neck and all that kind of stuff. It looks terrible, but it’s precautionary.”

Atlanta inside linebackers coach Frank Bush, who took over playcalling duties in Pees’ absence, said he initially thought Pees was going to be OK and continued on with plans to coach against the Saints. He thought, at worst, Pees would have to coach from the press box instead of on the field.

Then Falcon’s coach Arthur Smith told Bush that Pees was going to the hospital and that he’d need to call plays.

“I think I went numb a little bit, but ultimately you’ve always got a contingency plan for anything that could possibly happen,” Bush said. “I knew in the back of my mind if something like this ever did happen, there would be a chance for this to happen, so you try to prepare for this accordingly.

“I’m not Dean Pees. He does all the heavy lifting. He set the table and I was able to go out and execute the plan.”

The Falcons gave up touchdowns on the first two drives of the game before settling in and allowing one score over the final three quarters.

Meanwhile, at the hospital, Pees said everything came back clean on the CT scan and he’s grateful for the speed and care he received at the hospital in New Orleans. Pees returned to the Superdome in the fourth quarter and watched the final minutes of Atlanta’s 21-18 loss from the team’s training room.

Pees flew home with the team and on Monday was back at work at the Falcons’ practice facility.