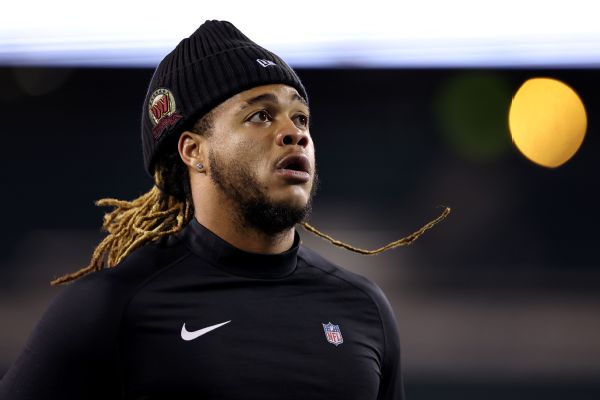 Young said Wednesday that he “definitely” feels closer to being on the field and that he was able to “cut loose” in practice more this week.

Young has not played since tearing the ACL and rupturing the patellar tendon in his right knee last season in Week 10. He was able to start practicing Nov. 2 but has not been active for any games.

If Young plays, he’s expected to be limited to around 10 to 15 snaps.

Dr. James Andrews, who performed the surgery on Young last year, met with the third-year end before Washington played the New York Giants on Sunday. Andrews told Young the knee was good. Young said he’d eventually like to detail the extent of his recovery. But for now, he said, he must stay patient.

“I wish it was a faster process,” Young said.