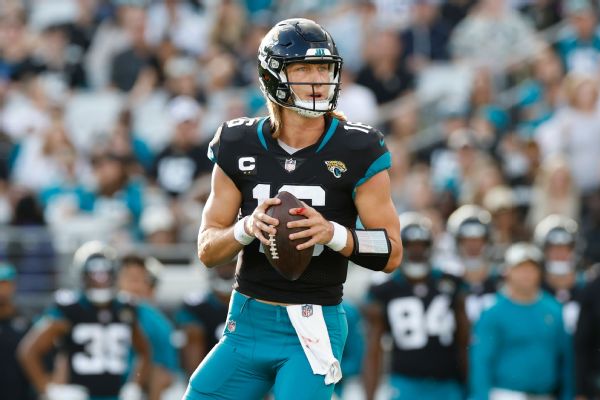 Lawrence was listed as questionable with a toe injury, but practiced on a limited basis on Tuesday and Wednesday and was not expected to be in jeopardy of missing the game.

Lawrence suffered the injury late in the first half of the Jaguars’ loss at Detroit on Dec. 4. He has played in the Jaguars’ two games since against the Tennessee Titans and Dallas Cowboys, throwing for seven touchdowns and one interception and rushing for another touchdown.

The Jaguars (6-8) are one game behind the Titans in the AFC South standings, with a season-finale meeting between the teams scheduled for Week 18.

Jacksonville can claim the division — and accompanying playoff spot — by winning its last three games (at Jets, at Houston Texans and vs. Titans).