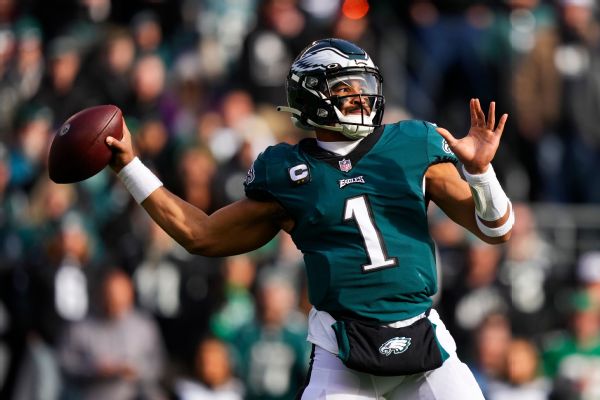 The Philadelphia Eagles have the NFL’s best record at 13-1. Now they lead the NFL in invitations to the Pro Bowl Games as well.

Five other teams are sending at least five players. Seven members of the Dallas Cowboys and Kansas City Chiefs were invited. The Baltimore Ravens and San Francisco 49ers each are represented by six players, while the Minnesota Vikings had five players make it.

The Jacksonville Jaguars and Chicago Bears were the only teams without a Pro Bowl selection.

The NFC and AFC teams will encounter a rebranded week of activities, now known as the Pro Bowl Games. The NFL announced in September that it would no longer play a conventional football game at the Pro Bowl, opting instead for a series of events that will include multiple skill competitions and a flag football game.

The previous format, which dated back to 1951, had been under scrutiny for more than a decade as players grew increasingly reluctant to subject themselves to the physical pounding that occurs during standard games.

Pro Bowl Games week will take place in Las Vegas, and the flag football game is scheduled for Feb. 5. Peyton Manning has been named the AFC coach and his brother Eli Manning is the NFC coach. Peyton Manning’s Omaha Productions will participate in programming and promotion for the event.