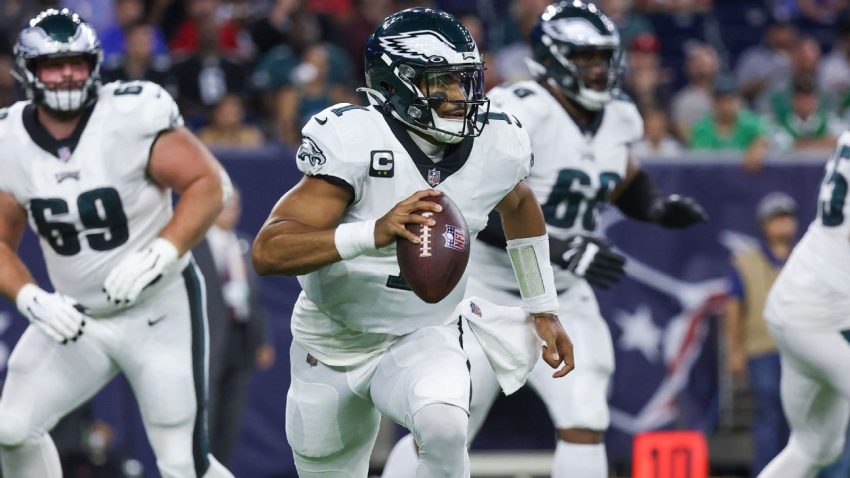 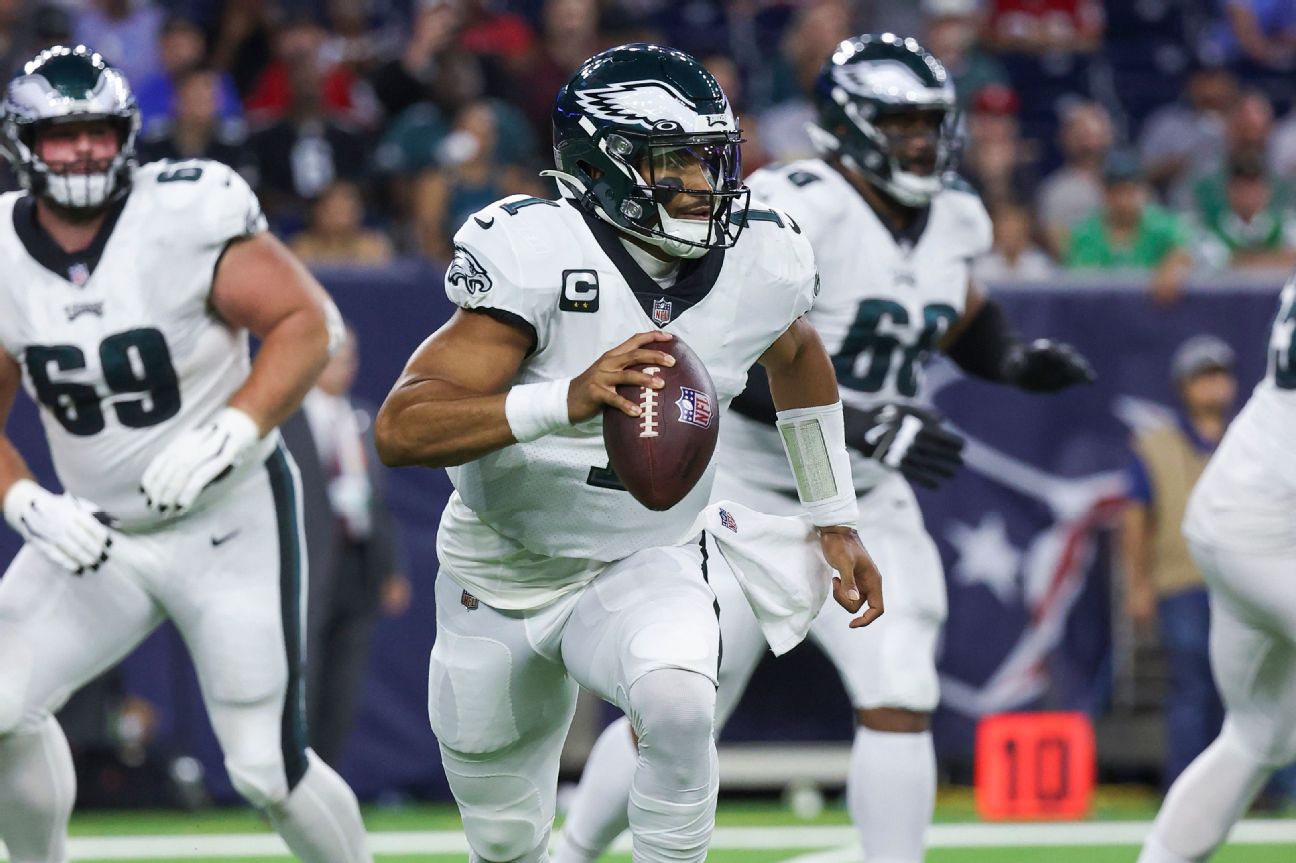 PHILADELPHIA — Eagles quarterback Jalen Hurts will miss Saturday’s game against the Dallas Cowboys with a right shoulder sprain, meaning Gardner Minshew will get the start in a game that could secure the NFC East title and the No. 1 overall seed in the NFC.

“Jalen did everything he possibly could to get his body ready to go,” coach Nick Sirianni said Thursday. “And at the end of the day, he’s not going to be able to do it. He tried like crazy. And I know he still wants to go. Jalen Hurts is the toughest player I’ve ever been around.”

Hurts missed Tuesday’s walkthrough and Wednesday’s practice. He injured his throwing shoulder in Sunday’s win against the Chicago Bears when he was driven into the ground by defensive lineman Trevis Gipson following a 3-yard run in the third quarter.

Hurts stayed on the ground for a few moments following the hit but continued playing and finished the game. He threw for 315 yards with two interceptions and ran for 61 yards and three scores in the 25-20 victory.

He has been receiving treatment on the shoulder this week. Although teammates indicated that Hurts was pushing to play Saturday, “his body is just not there yet,” Sirianni said Thursday.

When asked about Hurts’ availability for next week’s game against the New Orleans Saints, Sirianni said they would take it day by day.

A win over Dallas on Saturday would secure the division as well as the top seed in the NFC for the Eagles, giving the coaching staff options on how much to play the starters — including Hurts — over the final two regular-season games.

The Eagles do not consider Hurts’ injury to be long-term. The expectation is that he will be ready for the postseason.

Minshew manned the first-team offense at Wednesday’s practice and had a strong showing, according to multiple players. Tight end Dallas Goedert said he didn’t remember a single pass hitting the ground.

“Gardner will be our guy and Gardner will be ready,” Sirianni said. “Gardner worked his butt off for this opportunity against a really good football team. He had a great practice [Wednesday].”

It’s been a busy, emotional week for Minshew, who was in Mississippi on Tuesday to speak at the funeral service for his late coach, Mike Leach.

Minshew missed Tuesday’s walkthrough, but the coaches kept him in the loop through FaceTime and Zoom calls and sending video clips from the team’s installation period.

Minshew has performed well in spot duty for the Eagles before, going 20-of-25 and throwing a pair of touchdowns for an injured Hurts last December against the Jets.

The 24-year-old Hurts has had a breakout season, accounting for 35 total touchdowns (22 passing, 13 rushing) to tie Randall Cunningham’s franchise record while passing for 3,472 yards and rushing for 747 yards in 14 games. He has had just five passes intercepted and is completing 67.3% of his attempts.