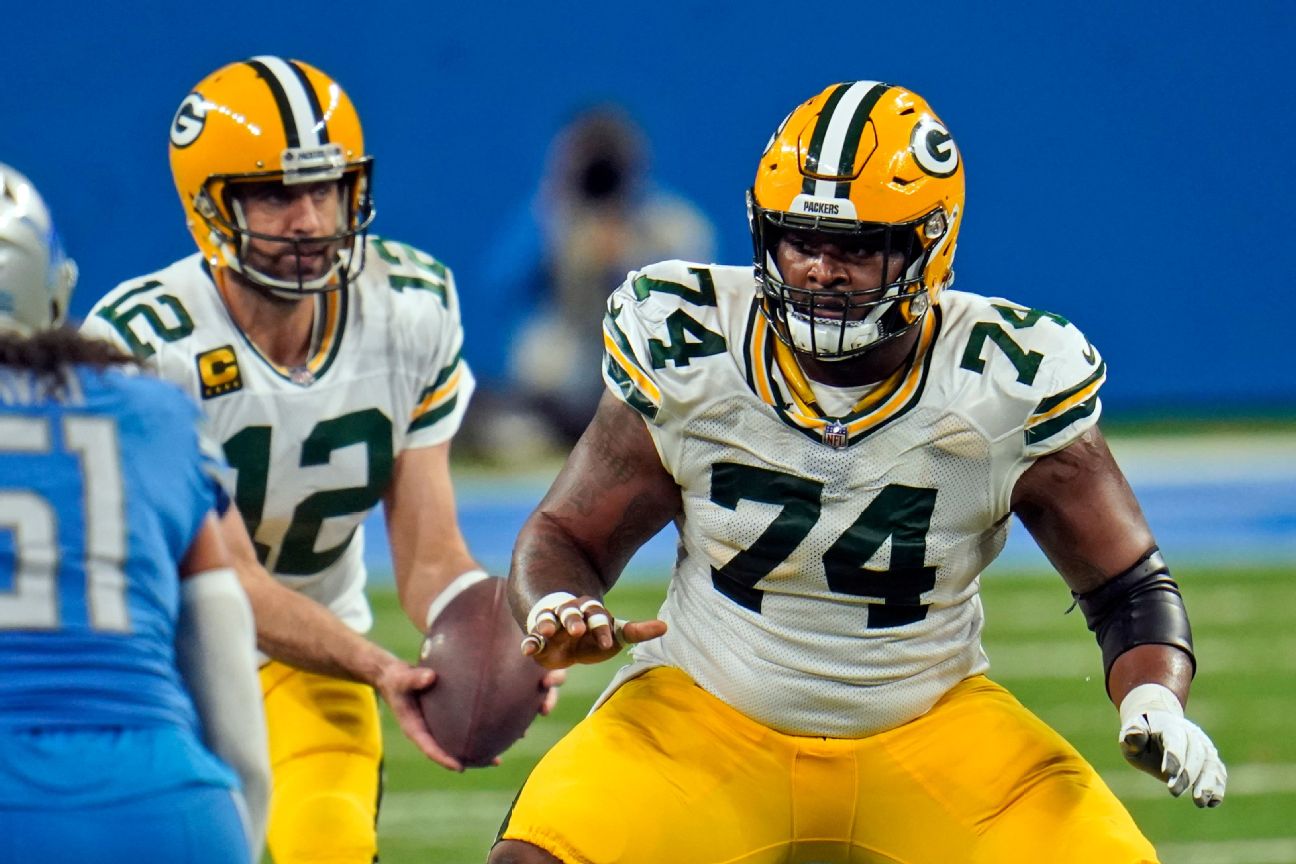 GREEN BAY, Wis. — Wherever Elgton Jenkins lines up for the Green Bay Packers, he will be one of the highest paid players at either guard or tackle after he agreed Friday to a four-year, $68 million contract extension, a source told ESPN.

As part of the deal, which could be worth up to $74 million with incentives, the 26-year-old Jenkins will get a $24 million signing bonus, a source told ESPN.

The deal will keep him with the Packers through the 2026 season at an average of $17 million per year. It is expected to be signed Friday.

If he stays at guard, he will be the second-highest paid at the position behind only the Colts’ Quenton Nelson ($20 million per year). If he moves to left tackle, where he played last season in place of David Bakhtiari, he would be among the top-10 highest paid.

Jenkins would have become a free agent in March. The Packers could have put a franchise tag on him, which would have been around $17 million — about the same as the average per year on under his new contract. Had they done that, the Packers would have had to absorb the entire tag total on their 2023 salary cap. With the extension, his cap number for next season will now be significantly lower.

The Packers drafted Jenkins in the second round of the 2019 draft, and he started the final 14 games of his rookie season at left guard. In 2020, he started all 16 games but played multiple positions — left guard for 12 games, center for three and right tackle for one. He then played left tackle in 2021 when Bakhtiari was out because of a torn ACL, but Jenkins suffered the same injury in November of that season.

Jenkins returned from that injury in Week 2 of this season and played five games at right tackle before moving back to his original left guard position. He was a Pro Bowl selection at that spot in 2020 and was named as a Pro Bowl alternate this season.

After a sluggish start at right tackle in his return from injury, he has returned to his previous form with his return to left guard in Week 9.

“I feel like in the last month I’ve played well, for sure,” Jenkins said recently. “I feel like there’s more stuff I can get better at, obviously. It’s going to take probably the offseason and something like that just to get back into my groove and get better than what I was before the injury.”