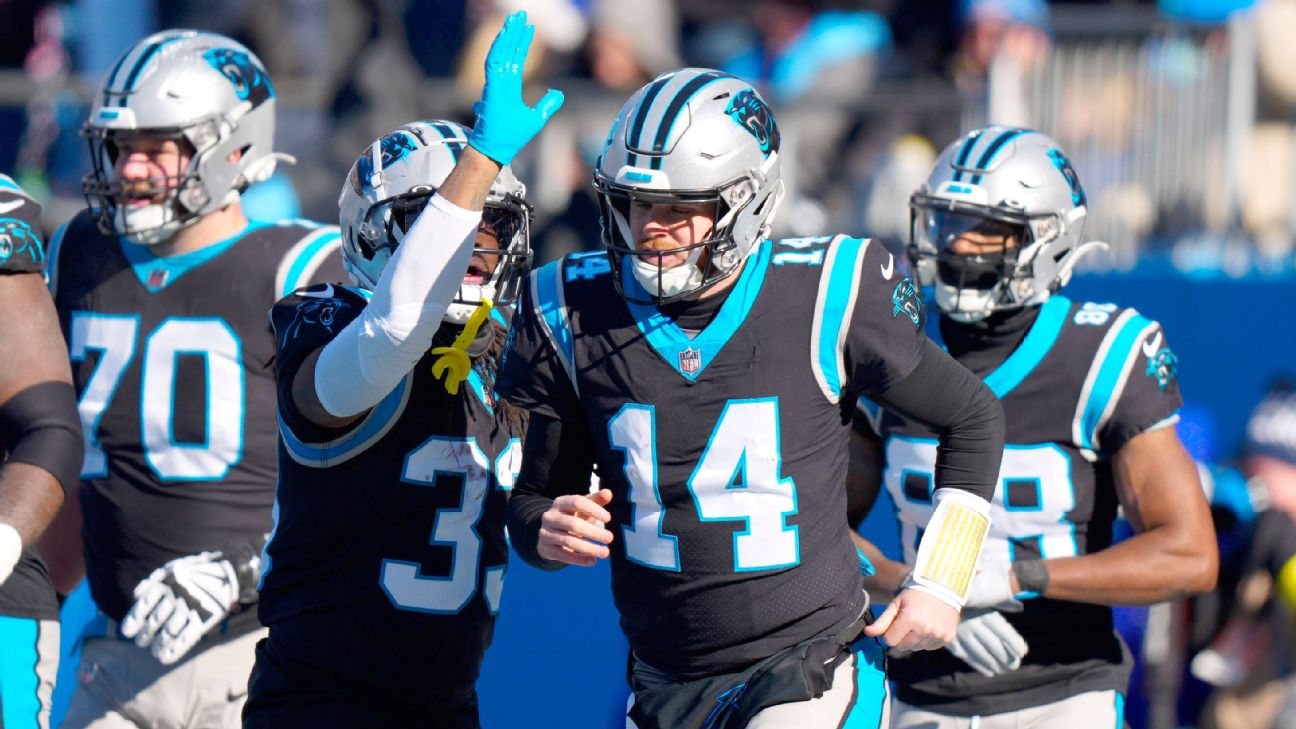 CHARLOTTE, NC — The Carolina Panthers have been wanting quarterback Sam Darnold to run more, and with 9:35 left in the second quarter of Saturday’s game against the Detroit Lions, he ran to perfection. It was part of a dominant first half of rushing that set a Panthers franchise record.

Darnold kept on the run-pass option for a 13-yard gain to the Lions’ 3, then on second-and-goal faked to running back D’Onta Foreman and scored around the left side for a 14-7 lead.

It was Darnold’s second rushing touchdown since taking over as the starter four games ago. He only had nine rushes for 35 yards in his first three starts, but had plenty of other opportunities that interim coach Steve Wilks wanted him to take advantage of.

Entering Saturday, the Panthers’ franchise record for rushing yards in a first half was 195 on Nov. 1, 2009, against the Arizona Cardinals. They broke that with over 4 minutes left in the first half.

The Panthers, who gained just 21 yards rushing last week against the Pittsburgh Steelers, gained 240 yards in the first half to become the ninth team in the last 30 seasons to accumulate at least 200 rushing yards in a first half. The last team to do it was the Houston Texans — with exactly 200 — against the Tennessee Titans on Nov. 26, 2018.

Chuba Hubbard gained 109 yards in the first half while Foreman had 104.

Darnold to end zone! The @Panthers have 164 rushing yards in the first half.