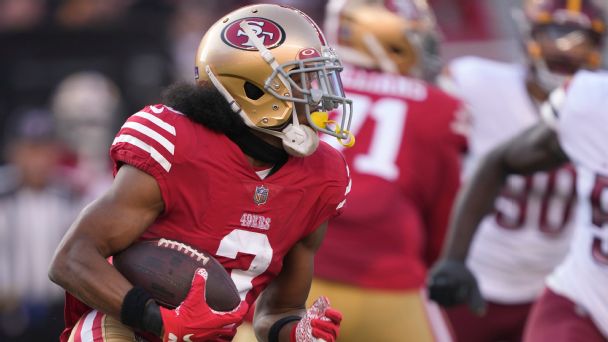 McCloud hasn’t had many opportunities to do that since Samuel suffered his injuries Dec. 11. But when he got a chance Saturday afternoon against the Washington Commanders, he made the most of it.

In a scoreless game at San Francisco’s 29-yard line, McCloud went in motion from left to right, took a handoff from quarterback Brock Purdy and raced off the right side. Spurred by strong downfield blocks from running back Christian McCaffrey, tight end George Kittle and wideout Willie Snead IV, McCloud raced 71 yards for the touchdown.

Kicker Robbie Gould’s extra point made it 7-0 midway through the second quarter. The touchdown was McCloud’s first career rushing score and his longest play from scrimmage in his five NFL seasons.