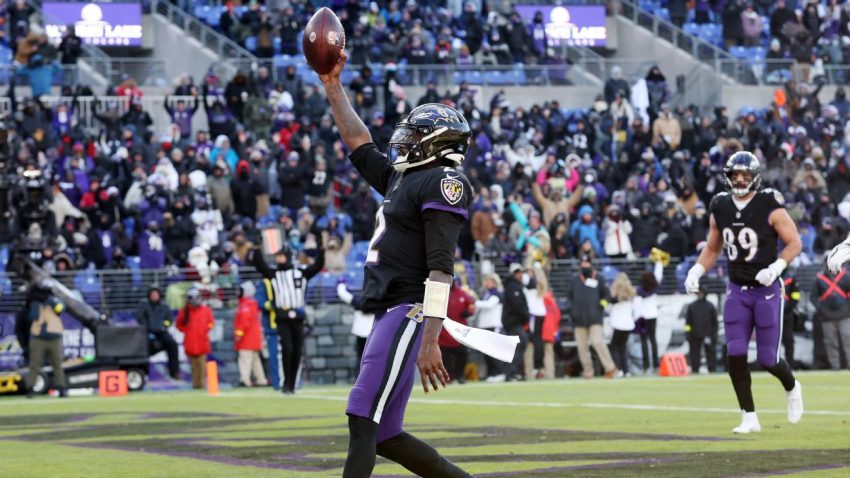 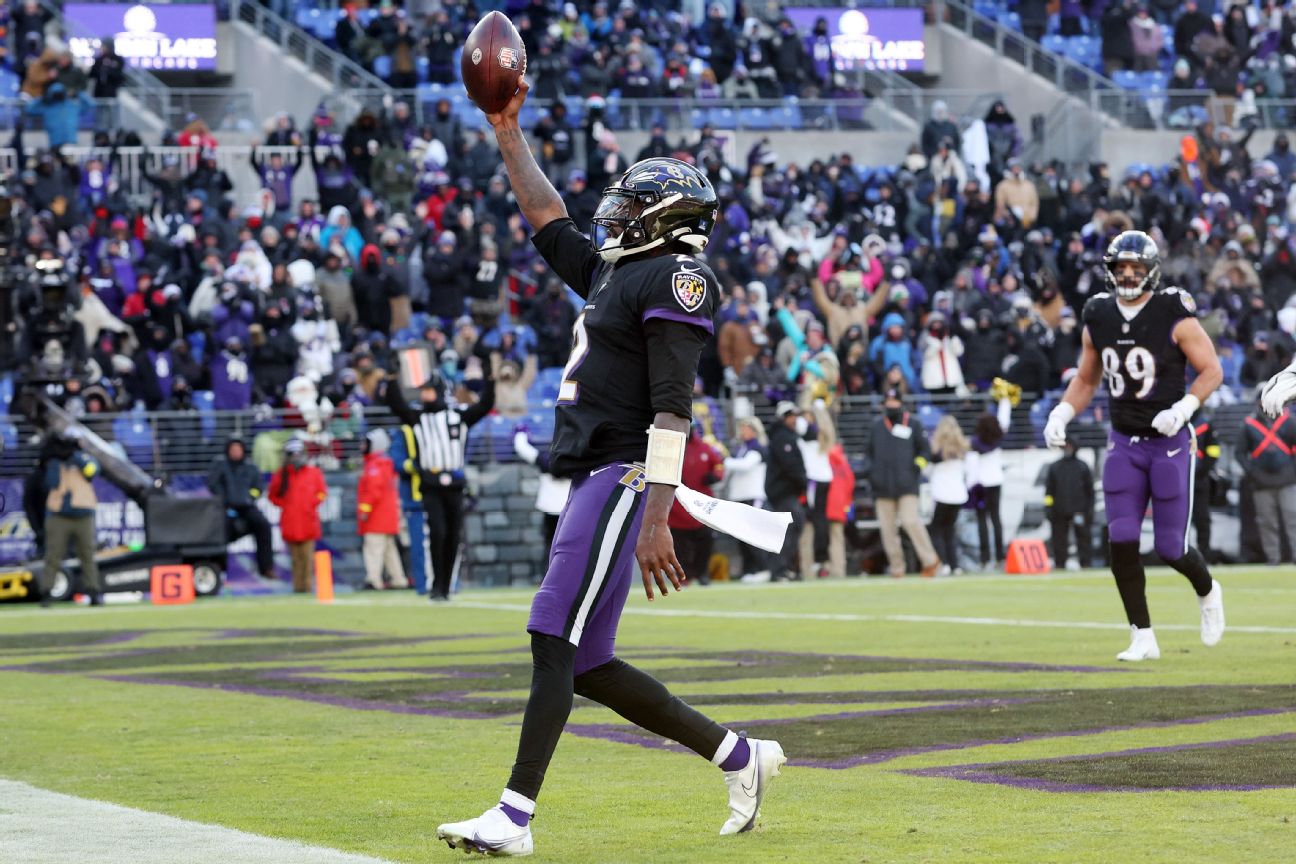 BALTIMORE — The Baltimore Ravens clinched a playoff berth Saturday, although it felt like they were the last to know.

The Ravens beat the Falcons 17-9 in the coldest home game in franchise history but didn’t secure the postseason spot until 20 minutes after their game ended. Baltimore (10-5) officially punched its ticket to the playoffs when the New England Patriots lost to the Cincinnati Bengals 22-18 — a game that ended in the middle of Ravens coach John Harbaugh’s postgame news conference.

Asked how it feels to be in the playoffs, Harbaugh responded, “Are we?”

There was no celebration inside the Ravens’ locker room after the team clinched. Some players watched the Patriots-Bengals on the TV in the equipment room, but there was no announcement made to the entire team.

“Oh really? That’s pretty awesome,” Ravens middle linebacker Roquan Smith replied when asked about Baltimore making the postseason. “That’s what we play the game for — to be one of those teams that makes it to the playoffs. That’s where the chase to the Super Bowl starts.”

The Ravens reached the playoffs for the fourth time in five years, but this postseason berth was different from those previous ones. This marked the first time Baltimore had clinched a playoff spot without Lamar Jackson as its starting quarterback since it did so with Joe Flacco in 2014.

Jackson has been sidelined since Dec. 4 with a sprained knee, and the Ravens offense continued to struggle without him. In three games without Jackson, Baltimore has scored two touchdowns and totaled 36 points.

“We can get better and we need to get better,” Ravens tight end Mark Andrews said. “The playoffs are about doing that.”

Harbaugh said he hadn’t thought about how clinching a playoff berth might affect when Jackson would return. The Ravens next play the Pittsburgh Steelers on Jan. 1.

“Players play when they’re healthy and ready to go; that’s really all we do,” Harbaugh said. “When the player and the docs come back and say, ‘Hey, it’s time,’ then [as] coaches, we build him into the game plan. That’s really how [it works]. To think about it beyond that is just kind of a waste of energy and time.”

The Ravens’ nine completions — Huntley was 9-of-17 for 115 yards — were tied for the fewest in a game since Harbaugh became coach in 2008. Baltimore beat Atlanta with its downhill running game and stingy defense.

The Ravens ran for 184 yards, getting 99 from Gus Edwards and 59 from JK Dobbins. The Baltimore defense stepped up to stop Atlanta on fourth-and-goal at the 1-yard line in the fourth quarter and held a team without a touchdown for the third time in six games.

The Ravens offense, however, reached the end zone in the second quarter, when Huntley threw a 6-yard touchdown pass to Demarcus Robinson. It ended a drought of 20 straight drives without a touchdown.

Those tears likely froze at M&T Bank Stadium. The kickoff temperature was 17 degrees, which was 2 degrees colder than any other Ravens home game in franchise history.

The Ravens can still capture the AFC North if they win out. Their last two games are against the Steelers at home and at the Cincinnati Bengals in the finale.

“Today I tweeted: ‘Dear Santa, all I want for Christmas is a win today,'” said Pro Bowl fullback Patrick Ricard, who was wearing a Ravens Christmas sweater with flashing lights. “And he gave me that. So awesome.”