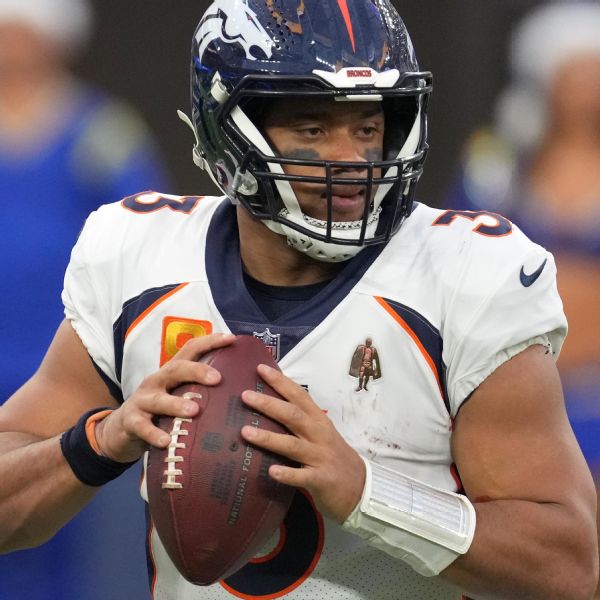 INGLEWOOD, Calif. — An embattled coach, sideline arguments, blown assignments, turnovers — and outside linebacker Randy Gregory then put the exclamation on it all when he threw a punch in the postgame walk-off. Indeed, the Denver Broncos felt their lost season swirl down the drain Sunday in a 51-14 loss to the Los Angeles Rams in SoFi Stadium.

It was the Broncos’ 10th loss in the past 12 games, and they are still 0-for-America in away games this season with their only “road” win coming over the Jacksonville Jaguars in London’s Wembley Stadium when they were designated the visiting team .

“I think they’re upset for all the losing, we all are,” Broncos coach Nathaniel Hackett said of the meltdown. “Every one of us, that’s unacceptable, that’s not what we’re about, that’s not what we want to do. We went in with a mindset we were going to win this game, but in the end we weren’t ready .. It wasn’t good, it’s all of us.

And the good will Hackett and his staff, as well as the Broncos players, may have built up in last week’s win over the Arizona Cardinals, to go with the tenacity the team showed two weeks ago when the Kansas City Chiefs jumped to a 27- 0 lead in a game the Broncos eventually made close, largely evaporated as the Rams scored on eight of their nine possessions in the game.

The only possession the Rams didn’t score on was the game’s final play when quarterback Baker Mayfield took a knee.

“It was like basketball, they were hitting all their 3s,” defensive tackle DeShawn Williams said.

Quarterback Russell Wilson threw two interceptions in his first three pass attempts of the game. And as if the turnovers weren’t bad enough, the Rams got the ball on the Broncos’ 11-yard line and 34-yard line, respectively, after the miscues. And the Rams turned each of those into touchdowns so after their opening drive field-goal drive Los Angeles had a 17-0 lead after the Broncos had run all of five plays.

“They started the game with 17 points, 14 points basically, that can’t happen,” Wilson said. ” … Bottom line is I let us down, it can’t happen. … Nobody wants to put out what we put out there today, that was terrible, that wasn’t us, that wasn’t very good.”

Wilson went on to say, when asked what needs to happen to repair all that went wrong this season: “I think a lot needs to happen, but I think number one I’ve got to play to the standards that I know how to play to, that I’ve been playing to my whole career. We’re at a low moment right now.”

Wilson threw a third interception in the third quarter, was sacked six times and the game dissolved into a series of tantrums and outbursts. Among them were backup quarterback Brett Rypien and guard Dalton Risner exchanging words on the sideline after a sequence in the third quarter when Wilson was sacked on back-to-back plays.

The two later hugged and Risner called it “heat of the moment.”

Gregory, however, was pulled from the game twice by Hackett, once in the first half when he flagged after he threw his helmet after a Rams touchdown, and later when he was flagged for a late hit on Mayfield — “after that second one we took him out — that’s unacceptable,” Hackett said.

Then as the two teams crowded the middle of the field on the way to the locker rooms after the game, Gregory and Rams guard Oday Aboushi exchanged words — with helmets on — and Gregory punched Aboushi in the helmet and Aboushi responded with a punch of his own before they were separated.

Gregory, who signed a five-year, $70 million deal in the offseason and has played in six games this season because of a knee injury, will almost certainly be fined for the punch. Sunday was just the second time Gregory had played since he suffered the injury in Week 4.

Gregory declined to address the incidents after the game other than to say “y’all want to know if I hit him in the mouth, I did.”

The loss was easily the most lopsided for a team that had eight losses by seven or fewer points coming into the game.

Hackett had praised the team’s efforts in the struggles all season, but Sunday was the biggest margin of defeat for the Broncos since they lost, 59-14, to the Oakland Raiders in 2010.

“That was a bad game, embarrassing,” Hackett said.