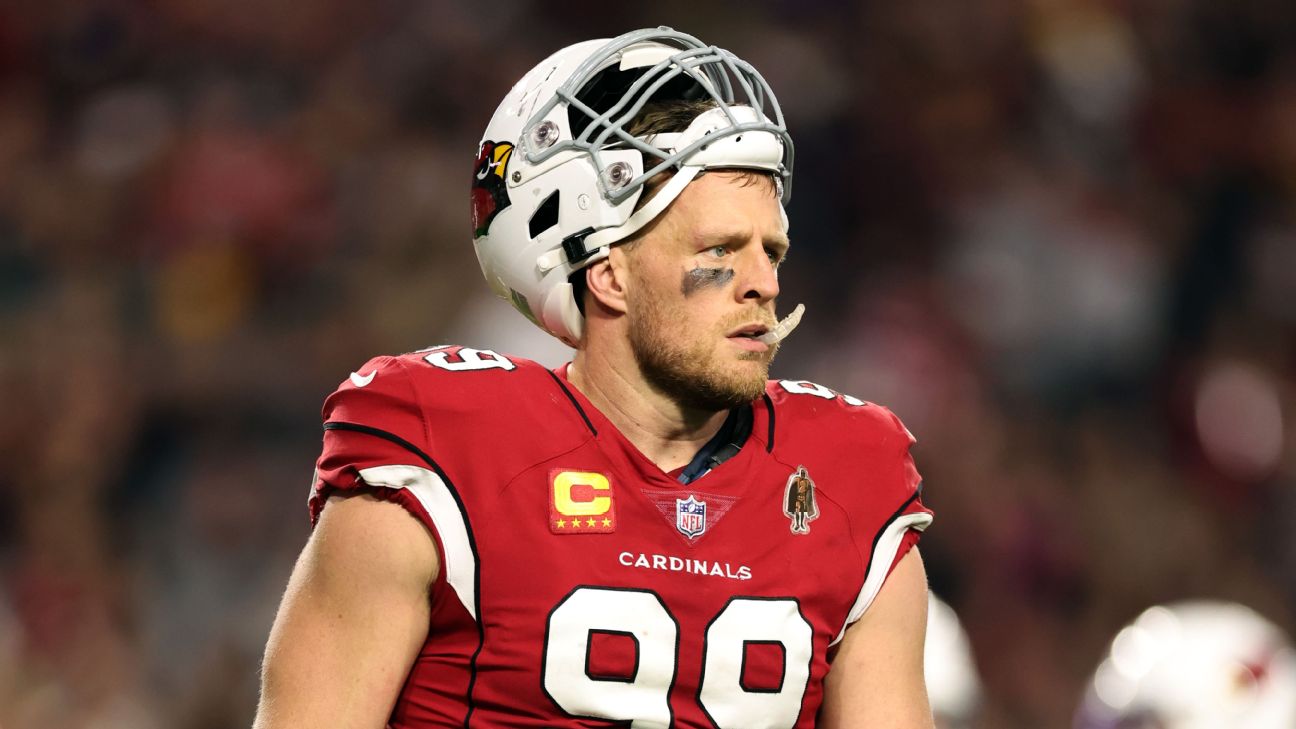 Three-time Defensive Player of the Year JJ Watt announced Tuesday that this will be his final NFL season.

“Koa’s first ever NFL game. My last ever NFL home game. My heart is filled with nothing but love and gratitude. It’s been an absolute honor and a pleasure,” he tweeted along with a picture of him holding son Koa and standing next to wife Kealia at Sunday night’s game between the Arizona Cardinals and Tampa Bay Buccaneers.

My heart is filled with nothing but love and gratitude. It’s been an absolute honor and a pleasure.

Watt’s last two games will be on the road, at the Atlanta Falcons this Sunday and then at the San Francisco 49ers in the Cardinals’ regular-season finale.

Watt is one of three players in NFL history to win the Defensive Player of the Year award three times, joining Lawrence Taylor and Aaron Donald as the only players to accomplish the feat.

He has four career seasons with 15 sacks, the second most by any player since sacks began to be officially tracked in 1982, according to ESPN Stats & Information research. Hall of Famer Reggie White had five such seasons.