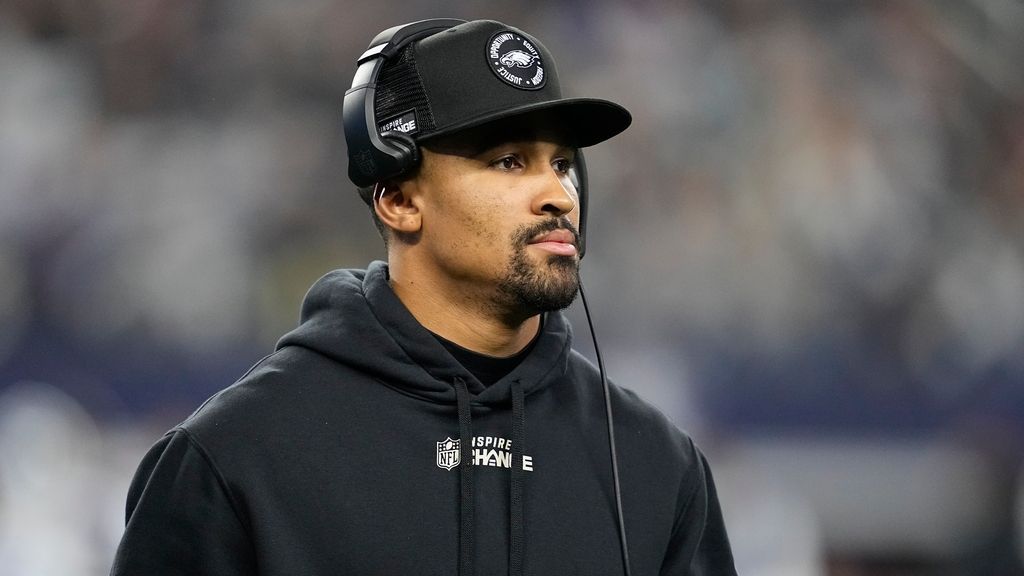 The betting market once again was ahead of the news last week, resulting in a two-hour flurry of well-informed wagering that left sportsbooks exposed on the biggest NFL game of the holiday weekend.

The point spread on the Week 16 Philadelphia Eagles-Dallas Cowboys game had been moving for two hours last Monday afternoon, before ESPN’s Adam Schefter reported at 4:20 pm ET that Eagles quarterback Jalen Hurts was uncertain to play. In that two-hour span, the Cowboys moved from 1.5-point favorites to as high as 6-point favorites at some sportsbooks, before Schefter’s report.

“We saw a couple of bets [on the Cowboys] from people that we respected,” Craig Mucklow, vice president of trading for Caesars Sportsbook, said. “We didn’t see anything untoward, but we did see a couple of bets. Obviously, these are not stupid people; they’re smart players.”

Bettors didn’t just target the Eagles-Cowboys point spread based on the Hurts injury. The informed money also went after the odds to win the MVP. During that same two-hour stretch, Hurts went from a -145 odds-on favorite for MVP to as long as +425 at Caesars Sportsbook. At the same time, Kansas City Chiefs quarterback Patrick Mahomes emerged as the favorite, attracting multiple five-figure bets and moving from +170 to as short as a -350 favorite to win MVP. According to Caesars Sportsbook analyst Max Meyer, the book took 23 bets of $1,000 or more on the MVP market from 2:20 pm to 4:17 pm ET Monday, 20 of which were on Mahomes. The largest MVP bet during that stretch, however, was $50,000 on Hurts at +160.

Meanwhile, the Eagles-Cowboys point spread continued to move up and down, before eventually closing at Dallas -4. The Cowboys would win by six, 40-34, a costly margin of victory for some sportsbooks.

“It wasn’t a good game for us,” Adam Pullen, assistant director of trading for Caesars Sportsbook, said, adding that whenever a heavily bet game like Eagles-Cowboys has significant line movement and the final margin of victory ends up the same as one of the point spreads offered, it’s rarely good for the sportsbook. “It can hurt us, giving Eagles bettors who had plus-6 their money back and paying out Dallas bettors on the spread as a win.”

“That was one of the biggest in-play losses as well, the biggest of the week.” Pullen said.

On paper, it looked like a Christmas Day mismatch.

The NBA’s five-game slate featured marquee teams and players like LeBron James and the Los Angeles Lakers versus Luka Doncic and the Dallas Mavericks, and an Eastern Conference Finals matchup between the Boston Celtics and Milwaukee Bucks. The NFL triple-header, on the other hand, was mediocre at best and ended with a pair of games between teams with losing records. But despite the lackluster matchups, it’s clear football remains king in the US, at least at the betting windows.

“Even with no great games on paper, the NFL still crushed the NBA for interest,” Mucklow said.

The story was the same at other sportsbooks. At BetMGM, the three NFL games attracted approximately three times as much money wagered as the five NBA games.

The most-heavily bet Christmas Day games at DraftKings by money wagered were:

1. Buccaneers at Cardinals
2. Packers at Dolphins
3. Broncos at Rams
4. Suns at Nuggets
5. Grizzlies at Warriors

“Football is king in this country,” Mucklow added.

Caesars Sportsbook summarized the NFL results for the week as “decent,” with its biggest wins coming on upsets by the Carolina Panthers over the Detroit Lions, the New Orleans Saints over the Cleveland Browns and the Houston Texans over the Tennessee Titans.

Bettors got the best of the book on the Cincinnati Bengals’ win over the New England Patriots and the Packers’ covering as underdogs in a win over the Dolphins.

“Nothing earth-shattering, but a solid week,” Pullen said. “The Bengals hurt and the Cowboys game hurt, but nothing to the level of what we won on the big games.”

“Certainly quiet by the standards of an NFL weekend, which was expected,” John Murray, executive director of the SuperBook, said. “We did have great action on the Cowboys game with lots of sharp and public players piling on Philadelphia. That was a good outcome for us. We got beat up on the Bengals in the morning, and the Browns’ meltdown really hurt us. But overall, it was a pretty forgettable weekend. All our big players were home with their families, but I expect them to come back this weekend.”

The average over/under total of Saturday’s 11 NFL games was 40.8, which, according to ESPN Stats and Information, is the lowest on a single day, with a minimum of 10 games, since Sept. 11, 2011. Eight of 14 games went under the total in Week 16, entering Monday Night Football.

“Unsurprisingly, given the weather, we did about twice as much handling on pre-game handling (amount bet) versus overs,” Sam Garriock, sports trading manager for PointsBet sportsbook, said. “That hurt us a little.

“Sides went our way, which more than made up for the totals, and the benefit of the wretched weather is that there are fewer anytime touchdown scorers and lower prop yardage, which helps with same-game parlays.”

A bettor with DraftKings hit a $5, three-leg parlay that featured the player to score the first touchdown in each of the Christmas Day games. The bettor took Dolphins receiver Jaylen Waddle, Rams tight end Tyler Higbee and Cardinals running back James Conner and won $7,840, when each player delivered.

Rookie quarterback Brock Purdy and the surging San Francisco 49ers are picking up steam at sportsbooks. The 49ers are the biggest liability for Caesars Sportsbook in its odds to win the Super Bowl.

DraftKings reported on Monday that the 49ers had attracted more bets to win the Super Bowl than any other team in recent days, and, at Mojo, a sports betting platform that allows traders to buy and sell shares of players’ career statistical performances, Purdy has seen his stock rise 155.2%, from $1.63 to $4.14, over the last month.

Purdy (+170) has the third-best odds to win Offensive Rookie of the Year at Caesars Sportsbook, behind New York Jets receiver Garrett Wilson (-260) and Seattle Seahawks running back Kenneth Walker (+450).

Next week: The Buffalo Bills opened as 1.5-point road favorites over the Cincinnati Bengals in a marquee Week 17 matchup on Monday Night Football.

With the bulk of the betting action expected this week, the point spreads on the College Football Playoff semifinals have been holding steady.

“We’re seeing a lot of Georgia action at that 6.5,” Joey Feazel, lead college football trader for Caesars Sportsbook, said. “What’s interesting is that we’re seeing twice the amount of action on the Ohio State-Georgia game than we are on TCU-Michigan. It’s like pseudo-championship game that everyone wants to watch.”

Caesars estimates that more than 80% of the money that will be bet on the CFP semifinals will be placed this week, ahead of Saturday’s New Year’s Eve kickoffs.

On the other bowl games, Feazel said the action is setting up for the house to need Clemson to win against Tennessee on Friday in the Orange Bowl, and Kansas State against Alabama on Saturday in the Sugar Bowl.