HENDERSON, Nev. — The Las Vegas Raiders announced Wednesday they were sitting Derek Carr, who has been the team’s starting quarterback since they selected him in the second round of the 2014 draft, and starting Jarrett Stidham for their final two games with Chase Garbers as his backup.

“None of us is happy with where we’re at, but we think it’s an opportunity to evaluate a younger player who hasn’t had much time to play,” said first-year coach Josh McDaniels. “Derek was great. He understands the scenario that we’re in and the situation and is very supportive of the two young guys.

“He’ll do anything he can to help them.”

The move no doubt elicits questions, and we have answers …

Why did the Raiders bench Carr now?

Call it an insurance policy, of sorts, because while the Raiders’ new regime did sign Carr to that three-year, $121.5 million extension this past spring, which included a no-trade clause, Las Vegas gave itself a three-day window after the Super Bowl to cut Carr for a relatively minimal salary cap hit of a little more than $5 million. And if Carr were to get injured in these last two games, his $32.9 million salary for next season and $7.5 million of his salary for 2024 would become guaranteed. So putting Carr in bubble wrap for the last two games at least keeps that guarantee-for-injury factor at bay.

Does this mean Carr is done in Vegas?

For all intents and purposes, yes. Even as McDaniels said there was no “finality” to the decision. Carr said in June 2021 that he would “probably” retire, rather than play for a team other than the Raiders, which would seemingly drop his trade value.

“I’d probably quit football if I had to play for somebody else,” Carr said at the time. “I am a Raider for my entire life. … I’d rather go down with the ship, you know what I’m saying, if I have to.”

How will Carr’s time as a Raider be remembered?

Look, Carr — who has played in a passing-friendly era — holds virtually every passing record in franchise history and is a top-five QB in franchise history behind Ken Stabler, Daryle Lamonica, Jim Plunkett and Rich Gannon. Critics have said Carr, who has thrown for 3,522 passing yards with 24 touchdown passes and 14 interceptions in 2022 while registering a 56.2 QBR, has not been the same since suffering a broken right ankle in the penultimate game of the 2016 season.

Who is Jarrett Stidham?

The Raiders new starting QB was acquired in a trade with the New England Patriots this past offseason after being taken in the fourth round of the 2019 draft out of Auburn, where he had transferred after beginning his college career at Baylor. So Stidham has experience backing up Tom Brady and Mac Jones as well as Carr but, perhaps most importantly, McDaniels’ system is the only system he’s ever played in at the professional level.

Stidham has played in 11 NFL games and thrown for a combined 342 yards with two touchdown passes and four interceptions while completing 52.5% of his passes, but Sunday will be his first pro start.

Are the Raiders likely to find their 2023 starter in free agency, trade or the draft (and does Stidham have a shot?)

One working theory has Brady, who is intimately familiar with McDaniels’ system having played for him for the better part of two decades in New England, coming to Las Vegas as a stop-gap. Then the Raiders, who would hold a top-10 pick should they lose out, would draft their QB of the future. And if Stidham plays well, then that would be a good problem to have in this scenario, right?

Trading Carr, as long as he waives his no-trade clause, would also give the Raiders additional picks and more mobility to move up in the draft.

What other changes could be coming soon? 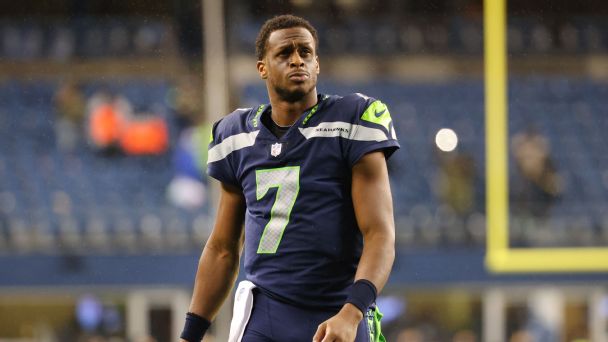 If you weren’t paying attention, owner Mark Davis’ “Rome wasn’t built in a day” comment to ESPN the day after the Raiders’ embarrassing loss to the Colts to drop Las Vegas to 2-7 and an emotional Carr wept at the podium said it all. Davis is more invested in the coach than the quarterback.

Throw in the notion that Davis once wanted to move on from Carr and sign Brady, only to have the move torpedoed by then-coach Jon Gruden and, well, here we are today. Personnel-wise, McDaniels and general manager Dave Ziegler have to make a call on Pro Bowl running back Josh Jacobs as well as linebacker Denzel Perryman, both of whom are in contract years. Also, keep an eye on defensive coordinator Patrick Graham’s status.