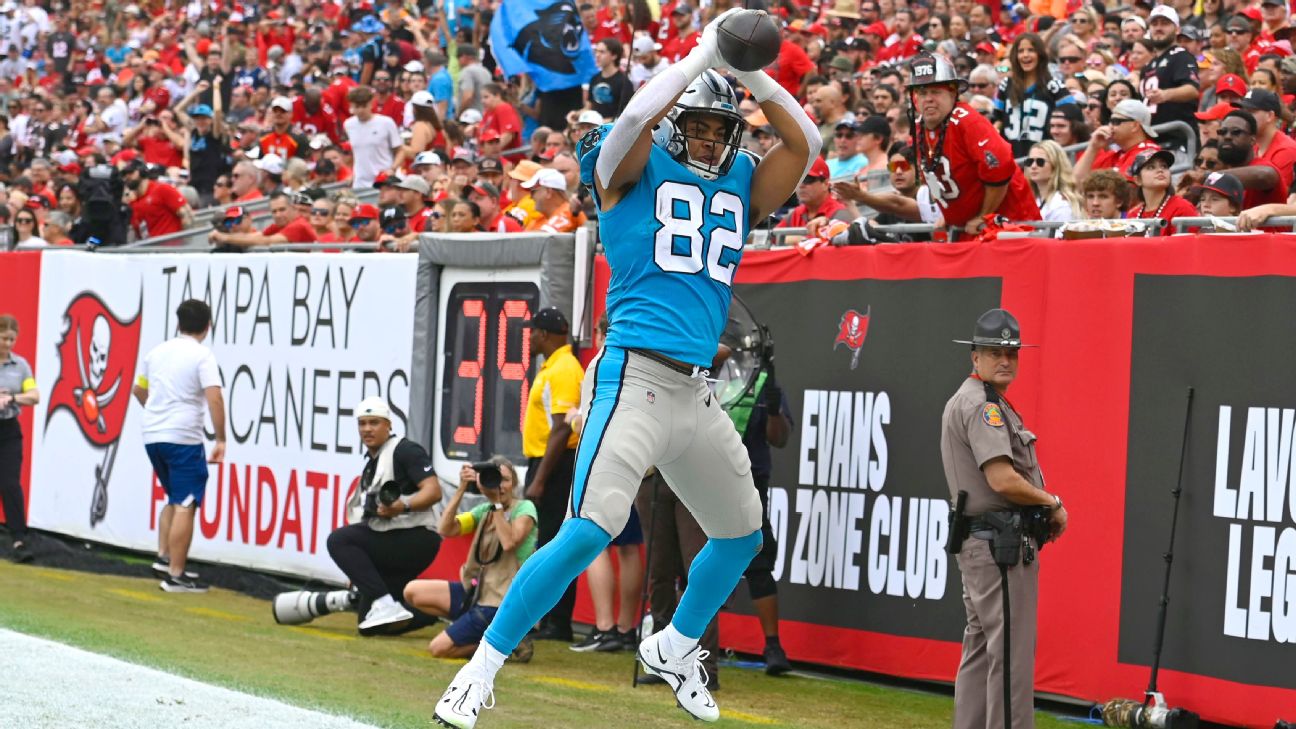 TAMPA, Fla.– Fresh off rushing for a team single-game record 320 yards last week against the Detroit Lions, the Carolina Panthers opened with an all-out passing attack Sunday for a quick 7-0 lead over the Tampa Bay Buccaneers.

Quarterback Sam Darnold connected with tight end Tommy Tremble for a 17-yard touchdown to cap the game’s first series, on which four of the six plays were passes.

Sam Darnold gets the @Panthers on the board first!

Darnold was 4-for-4 for 60 yards and the touchdown, similar to the 29-yard touchdown catch Tremble had against Tampa Bay earlier this season on a pass from PJ Walker. It was the second straight game Carolina scored a touchdown on its opening drive after having none in the first 14 games.