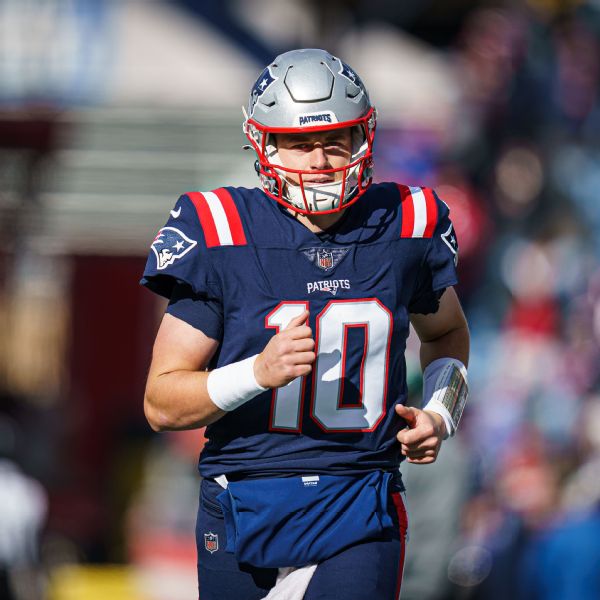 FOXBOROUGH, Mass. — New England Patriots quarterback Mac Jones was fined twice by the NFL for unnecessary roughness in last week’s 22-18 loss to the Cincinnati Bengals, for a total of $23,976.

The first fine, $13,367, was a result of Jones dropping to the ground in front of Bengals cornerback Eli Apple during a return of a possible fumble, which Apple referred to as a “dirty play” but Jones said was an attempt to impede Apple’s path to another Patriots player chasing the play.

The second fine, $10,609, was related to Jones’ attempt to recover running back Rhamondre Stevenson’s lost fumble late in the fourth quarter.

Jones had explained his actions on that play after the game, saying: “There’s a little bit of a pile there and then the ball squirted out into another pile; I went over there and tried to grab the ball to save the game. At the end of the day, you’ve got to take your chance and try to get the ball, compete for the ball, because it’s a live ball until somebody holds it up in the air. You got to go get it, and that’s what I tried to do.”

It is the second game this season that Jones is known to have been fined. He was fined $10,609 for unsportsmanlike conduct for flipping the ball at a Bills defender in a 24-10 loss on Dec. 1.

Jones’ tackle attempt last week drew Apple’s ire, and Apple struck Jones in the helmet after getting to his feet. After the game, Apple told NESN.com: “He tripped me. I thought it was a dirty play. He’s done that before, I’ve seen it.”

Asked Wednesday about others calling him a dirty player, the 24-year-old Jones said: “Everybody has an opinion and the biggest thing for me is focusing on being the best teammate I can be and earning the respect of the people in this building and the people I care about. Obviously, I have respect for everybody around the league … we’re all playing hard and trying to win.”

The dollar amount for fines is determined as part of the NFL’s collective bargaining agreement.