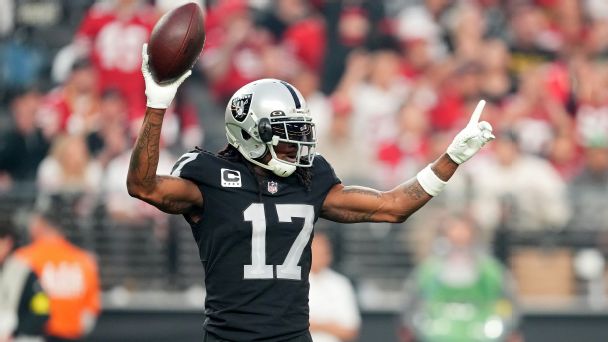 The score gave the Las Vegas Raiders a 24-14 lead over the San Francisco 49ers.

Stidham was hit hard on the play by Talanoa Hufanga and Samson Ebukam while waiting for Adams to break free downfield. He initially appeared shaken up afterwards but got up and walked off the field under his own power.

Sunday is Stidham’s 12th NFL appearance since being a fourth-round draft pick of the New England Patriots in 2019 out of Auburn. He replaced quarterback Derek Carr, who has left the team in the wake of his Wednesday benching in a mutual decision.

After the big play, Stidham was 3-for-3 for 108 yards and two touchdowns on passes thrown 20 or more air yards downfield. Entering the game, the 49ers’ defense had allowed just three such touchdowns all season.