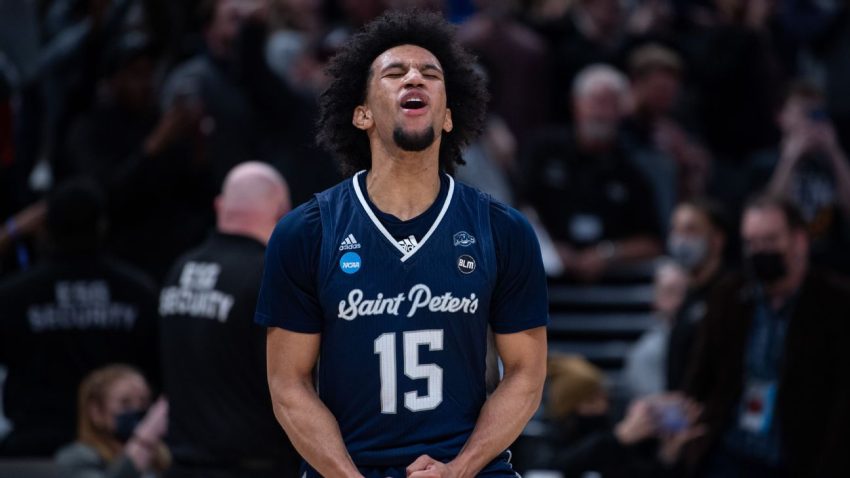 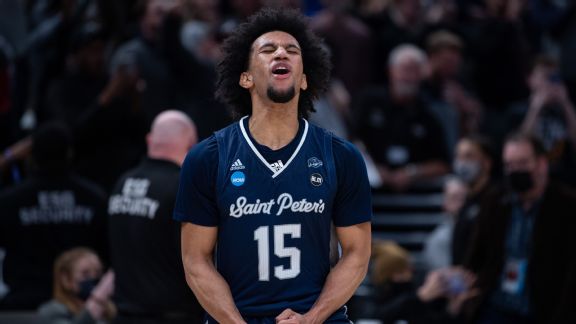 That’s a wrap — 2022 is in the books, which, coincidentally, is where a lot of the betting public’s money now resides.

Bettors were down more than $6 billion through November, and that’s just in the 30-some states with legal bookmakers. Don’t forget that people are still betting — and losing — in states that haven’t legalized wagering yet, including California and Texas. Add it all up, and it feels safe to say American bettors left more than $10 billion of their funds with their friendly bookmakers in 2022. Better luck next year!

There were some winners, of course, big ones, in fact. None bigger than a venerable furniture salesman from Houston known as Mattress Mack, who practically single-handedly sent Louisiana’s sportsbook industry to a losing month in November.

Jim “Mattress Mack” McIngvale, owner of Gallery Furniture in Houston, won approximately $75 million off $10 million in bets on the Astros to win the World Series. It’s believed to be the largest payout in American sports betting history, with the bulk of the haul coming from Louisiana sportsbooks.

McIngvale regularly uses the betting market to mitigate risk from furniture giveaways at his store. In June, he launched a promotion that offered any customer who spends $3,000 or more at his store double their money back if the Astros won the World Series. By July, he cut the offer to a straight-up refund instead of double but continued the promotion into the American League Championship Series.

“We figured we had enough betting insurance to go through Game 1 or 2 of the World Series,” McIngvale told ESPN in a recent phone interview. “But on the Sunday after they beat the Yankees and clinched, we had the biggest day [in sales] ever, by about 20%, so we had to cut the promotion off then.

“We’ve been fast and furious giving people this money back the last couple months. Thank God, I had enough guts or stupidity to get those bets at 10-1 way back in June.”

McIngvale said one customer received a $25,000 refund and said she was going to use it to pay some of her child’s college tuition. Customers have to come in to Gallery Furniture to fill out tax forms and either receive a check or have the money put on their credit cards.

“It’s a big undertaking for us, especially as many people were in this promotion,” McIngvale said. “But it certainly made a lot of people happy.”

McIngvale didn’t waste any time getting back in the gambling game. He has more than $1 million riding on the Houston Cougars to win the NCAA men’s basketball tournament at around 10-1 odds. In the meantime, he’s planning his next promotion, eyeing a big bet on the Super Bowl — he likes the Vikings, Cowboys and Bengals — and setting his goals for 2023. His New Year’s resolution is to, “Gamble more and gamble smarter “, he said with a laugh.

• #Winning: On Dec. 13, North Carolina State opened up a 20-point lead in the second half against Furman in an early-season nonconference college basketball game. One bettor was sold that the Wolf Pack were headed to victory and unloaded on the NC State money line. According to sportsbook PointsBet, the bettor placed $82,855 on the Wolf Pack at -33,333 odds. The bettor was right and really didn’t have to sweat much, as NC State cruised to a 92-73 win.

• Where there’s a Will: We all made our fair share of unfortunate wagering decisions in 2022. For example, on a college football Saturday in October, the only bet I made was $55 on Oklahoma State +1.5 against Kansas State. It was a five-unit lock for me. The Cowboys lost 48-0. So, I have plenty of room for improvement and will hold off on commentary on the following bet.

Wed Aug. 12, a bettor with Caesars Sportbook placed a $1,500 bet on Will Fuller V to lead the NFL in receiving touchdowns at 500-1 odds. There was a small issue with this bet: Fuller wasn’t on a roster at the time of the bet and entering January had not landed on a team this season.

While I’m refraining from criticism, my editor is not, calling it “the worst bet of all time.”

But, wait! There’s a silver lining: If Fuller doesn’t play a snap, the bet will be no action.

• $778,000 win on first TD: On Dec. 5, approximately an hour before the prime-time kickoff between the Dallas Cowboys and Indianapolis Colts, a bettor in New Jersey with FanDuel placed a $97,309 bet on CeeDee Lamb to score the first touchdown of the game at 8-1 odds. Lamb would deliver, catching a pass on a crossing route at the Colts’ 17-yard line, fending off an attempted tackle by landing on Indianapolis defensive back Rodney McLeod Jr. and scampering into the end zone for a touchdown. The bettor won $778,472 on the play.

• ‘Ballsiest wagers I’ve ever seen’: No NBA team has ever come back from a 3-0 deficit to win a best-of-seven playoff series. On May 24, a bettor in Nevada with Caesars Sportsbook put five stacks of high society on the Dallas Mavericks to become the first. The bettor risked $50,000 on the Mavericks to come back from a 3-0 hole against the Golden State Warriors and win the Western Conference finals at 30-1. The bet would’ve paid $1.5 million. Caesars Sportsbook’s vice president of trading Craig Mucklow called it “easily one of the ballsiest wagers I’ve ever seen.”

The Mavericks would lose in five games.

• Speaking of the Mavs: A bettor in Maryland hit a $2, 10-leg NBA money-line parlay on Dec. 27 that included the Mavericks over the Knicks. Dallas rallied from nine points down with 33 seconds left and went on to win in overtime. Prior to the Mavericks’ comeback, NBA teams that trailed by at least nine with 35 or fewer seconds remaining were 0-13,884 in the past 20 seasons.

• Odds error in bettor’s favor: On April 13, one week into the Major League Baseball season, a bettor in Colorado placed a $50 futures bet with BetMGM on the Houston Astros to beat the Philadelphia Phillies in the World Series at 2,500-1 odds. Seven months later, the bettor won $125,000 when the Astros topped the Phillies in the World Series. But there was a catch. The sportsbook miscalculated the odds offered, which should’ve been closer to 250-1 rather than 2,500-1.

Ball, Anthony and Conley delivered. Sharpe, though, was deemed inactive by the Nets for the Nuggets game. That leg of the parlay was voided, reducing the payout odds by 10 times. The bettor settled for a $15,444 win off the $10 wager.

• World Cup winner: With Argentina leading France 2-0 in the second half of the World Cup final, a bettor with PointsBet placed a $500 bet on Argentina to lift the trophy at -10,000 odds. The bettor would be in for a sweat, as France scored twice late in the second half to send the match into extra time. Argentina would eventually prevail in penalty kicks and the bettor would win a net $5.

• Wild college football bets: In the spring, Caesars Sportsbook attracted three $1,000 bets on Utah State to win the College Football Playoff at 1,000-1 odds. By mid-July, the Aggies had more national champion bets of $1,000 or more at Caesars than any other team, except Alabama and Ohio State, the two consensus favorites at the time. Utah State finished the regular season 6-6, falling short of winning the national championship and settling for an appearance in the First Responder Bowl.

• Strutting: Bettors won more money on the Saint Peter’s Peacocks’ Cinderella run to the Elite Eight in the NCAA men’s basketball tournament than they did on any other team in 2022 at DraftKings. The Peacocks pulled off upsets over Kentucky, Murray State and Purdue during their run, becoming the only team to win two NCAA tournament games as a double-digit underdog and the first 15-seed to reach the Elite Eight.

Saint Peter’s would bow out against North Carolina, but not before helping out the betting public, who enjoyed the Peacocks’ run.

The team that cost bettors the most money in 2002 at DraftKings? The New York Yankees.

• Surprising No. 2: More money was bet on the NFL opener between the Buffalo Bills and Los Angeles Rams than on any other regular-season football game at Caesars Sportsbook in 2022. The second-most heavily bet game, though, was somewhat surprisingly the Pac-12 championship game between Utah and USC. A lot of the action came from a bettor in the Bahamas, where Caesars operates a sportsbook.

• Second surprising No. 2: The Super Bowl, of course, attracted more bets than any other event in 2022 at DraftKings. The second? The Masters.

• We the North: Of the markets DraftKings operates in, bettors in Ontario had the highest winning percentage in 2022, followed by Iowa and Virginia, according to a company release.

• Jan. 9, 2022, included one of the more bizarre single days in American sports betting history, as bettors mounted a two-pronged attack against sportsbooks. Read the story here.