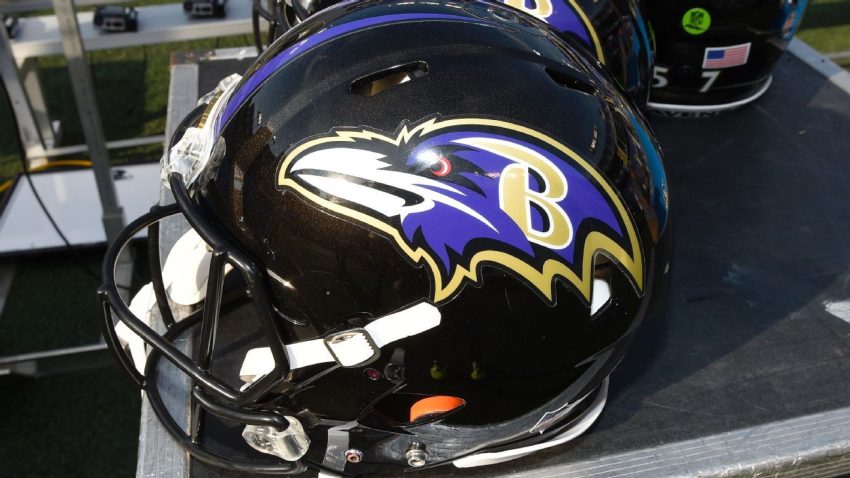 OWINGS MILLS, Md. — The Baltimore Ravens learned during Wednesday’s afternoon practice that their kickoff for Sunday’s game at the Cincinnati Bengals has been set for 1 pm

The Ravens still don’t know the stakes of their final regular-season game yet.

Baltimore (10-6) is currently 1 1/2 games back of first-place Cincinnati (11-4) in the AFC North race. Unless Monday night’s game between the Bengals and Bills — which was suspended after Buffalo safety Damar Hamlin suffered cardiac arrest — is resumed, the Ravens would have no shot at capturing the division title even if they beat the Bengals on Sunday to complete a season sweep.

The NFL has not informed the Ravens whether or not they are still in contention for the AFC North championship and a first-round bye in the wild-card round. Baltimore clinched a playoff berth two weeks ago.

“It’s unique,” Ravens defensive end Calais Campbell said. “You hope they make a ruling and tell us what they’re going to do. It’s a tough situation. We understand that. Whatever the ruling may be, we’ll accept it. But it would be nice to know. It’s always good to have information. How much is this going to matter? It affects things. If we have a chance to play for a division championship, that’s huge. It would be nice to go out there and compete for it. But having information would be nice .”

With the suspension of Monday night’s game, the Ravens are uncertain what they’re playing for Sunday. It’s possible that the only incentive for Baltimore on Sunday is moving from up one spot from the No. 6 seed to the No. 5 seeds. In order for that to happen, the Ravens would need to beat the Bengals, and the Chargers would need to lose to the Broncos.

Baltimore is keeping its fingers crossed that there is more on the line Sunday.

“We’d be excited to be playing for the division crown,” Ravens coach John Harbaugh said. “That’s something that we’re hopeful for. That’s really beyond us. Our job is to go win the game.”

In other news, Ravens quarterback Lamar Jackson missed his 13th straight practice. Jackson hasn’t suited up since injuring his knee on Dec. 4, which was 31 days ago.

Asked if Jackson will be ready for the start of the playoffs, Harbaugh said, “I’m just probably going to leave all that stuff alone. I’m going to focus on the game and just get ready to coach our guys and have our guys get ready and play the game.”

Backup quarterback Tyler Huntley, who has started the last four games for Baltimore, was limited in Wednesday’s practice with a right shoulder and wrist injury. He didn’t throw much during the media viewing portion of practice.