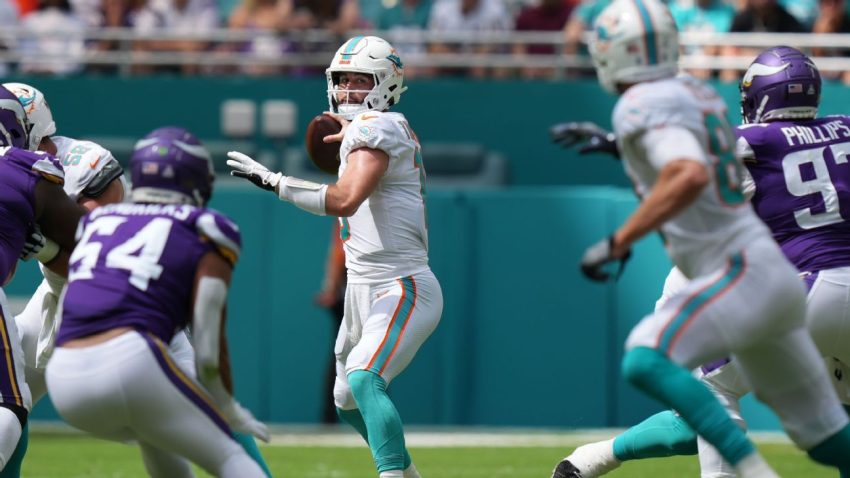 MIAMI — There’s bad luck, and then there’s what the Miami Dolphins have endured during the 2022 season.

Of the three games starting quarterback Tua Tagovailoa has missed this season, the Dolphins haven’t finished with the same quarterback they started with in any of them — and they lost all three.

With the season on the line Sunday against the New York Jets (1 pm, ET, Fox), rookie Skylar Thompson is hoping to break the cycle.

With Tagovailoa still in concussion protocol and Teddy Bridgewater recovering from a dislocated pinky finger on his throwing hand, Thompson is on track to make his second start of the season. It would mark his sixth appearance, starting against the Minnesota Vikings in Week 6 and playing in relief against the Jets, Texans, 49ers and Patriots.

With a full week of starter’s reps under him, the Dolphins are confident the 25-year-old seventh-rounder can lead them to victory in a game they must win to remain eligible for the playoffs. Miami needs a win and a New England Patriots loss to the Buffalo Bills to make it. 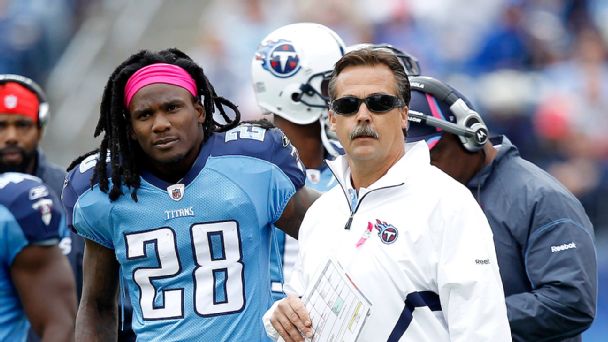 “I think Skylar does his best, like most quarterbacks, especially young in your career and in Year 1 of the system, he does best when he has practice reps,” coach Mike McDaniel said. “I think we saw a taste of that against Minnesota until he got injured. And I think he has an athletic component to his game that sneaks up on people because he does most of his work in the pocket.

“He does have a knack of how to use his athleticism to extend a play, and the dude is fearless.”

Thompson has completed 54% of his passes this season for 382 yards, one touchdown and three interceptions. During his extended run this preseason, he led the NFL in passer rating and passing touchdowns.

He was thrust into Miami’s loss to the Patriots last week when Bridgewater injured his finger, and Thompson finished with 104 passing yards, one touchdown and one interception. Thompson said he took away “a lot of encouraging stuff” from the outing and was determined to build off it.

“Obviously, the interception’s tough – had points there,” he said. “I felt like the game went on, I was getting in a rhythm there and made some plays. I think for us as an offence, for me to finish with a touchdown gave us some positive momentum moving forward. There’s always things to learn from, as always, every situation is different.

“(There were) some positive takeaways that were encouraging for me.”

Playing at home in Week 18, the Dolphins find themselves in a situation that seemed unfathomable entering the month of December, when they held an 8-3 record. They’ve lost their past five games, however, and now no longer control their own path to the playoffs.

McDaniel said there won’t be any scoreboard watching come Sunday, and that he wants his team to focus on what it can control. Wide receiver Tyreek Hill said he won’t spend any time looking back at the season, either.

“I never look back on anything,” Hill said. “I feel like there are certain situations that could’ve helped us be in better positions. But I feel like everything happens for a reason, and the type of adversity we’ve been in is going to help shape who we are as a team moving forward.

“All we can do is look forward, and that’s the New York Jets. That’s what this team is looking forward to.”

There remains no timetable on Tagovailoa’s return, but even with him active for four of their past five losses, the Dolphins’ offense has faltered during this losing streak. Since it began in Week 13, they rank 19th in the NFL with 328 yards of offense per game, down from 387 during the first 12 weeks of the season.

“Right now, with where we are injury-wise, I mean, we’re basically working through the situation,” Dolphins offensive coordinator Frank Smith said. “We feel confident with every guy in the room.”